Catholics told they need no longer aim for Heaven

In a ruling that will come as a great relief to many Catholics, Pope Francis has used his latest interview with Eugenio Scalfari (or "Scalfie") to explain that they no longer need to aim for Heaven if they don't want to. 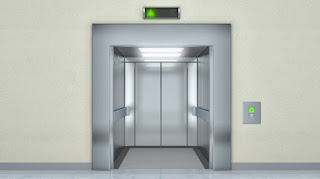 Up or down? Now you have a choice.

As Pope Francis explained, "A lot of Catholics try to obey the Church's laws because they hope (ultimately) to end up in Heaven, which is traditionally regarded as quite a nice place. But there is also plenty of space in Hell, if you don't mind the German theologians reserving the sun-loungers. So if you're finding the path of righteousness a bit difficult to follow, well, don't worry, there are other possibilities!"

A spokesman for Satan, who refused to give his name but is believed to be a German cardinal, added: "The Holy Father is perfectly correct in what he says. In Hell there is never any 'test' or 'exam' you have to pass - getting in is as easy as getting onto a university course in Gender Studies, and with as great a sense of achievement."

The Pope's ruling has greatly simplified the question whether, for example, people in adulterous relationships can take Communion. They can go ahead, provided that the presiding priest doesn't interfere, and nobody will say anything until they die. 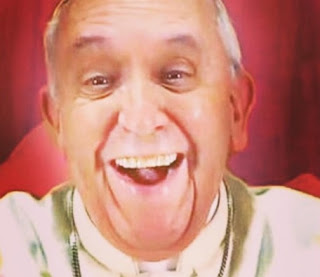 The Pope takes part in a "Scalfie"

UPDATE: it seems that after all the Pope's alleged "Scalfie" was not genuine. You'll have to behave yourself after all.