In his homily for the Feast of the Holy Family, Pope Francis had this to say:

Instead of returning home with his family, he stayed in Jerusalem, in the Temple, causing great distress to Mary and Joseph who were unable to find him. For this little "escapade", Jesus probably had to beg forgiveness of his parents. The Gospel doesn't say this, but I believe that we can presume it. 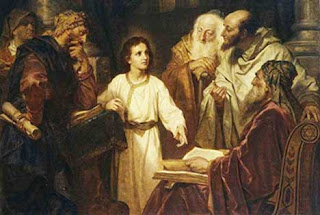 Clearly Pope Francis has forgiven Our Lord for "going about His Father's business", and in this Year of Mercy it is only right that a truly humble Pope should point out God's sins and try to forgive them. No previous Pope has even dared to try.

Another famous sin that only Pope Francis can forgive was the drowning of the Gerasene (or Gadarene) Swine. You will recall that there was a man possessed by demons - probably he led a fulfilling lifestyle as an alternative comedian on Radio 4, with a huge Twitter following - and his demons were driven out into the pigs, and thence into the sea. 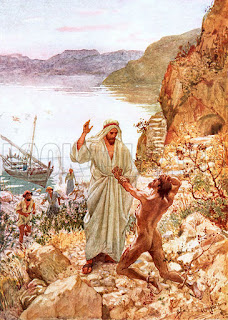 For a long time after, Farmer Giles wondered what had happened to his pigs, but did he receive any apology - let alone compensation - from Jesus? I think not. It is time for Pope Francis, on behalf of the entire Catholic Church, to forgive Jesus's thoughtless actions.

On another occasion Jesus drove people out of the Temple with a whip of knotted cords - whenever anyone says "What would Jesus do?" this is certainly an answer I like to give. The Bible says the people were selling pigeons and changing money, but it is likely that they were also doing even more heinous things. 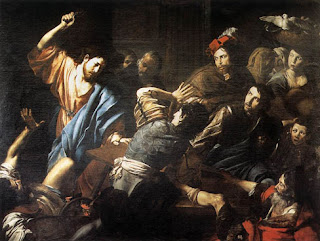 "Luckily he hasn't seen that we're also selling copies of the Tablet!"

Jesus was obliged to apologise for losing his temper in this way. In the immortal words of Pope Francis: The Gospel doesn't say this, but I believe that we can presume it.

Having, in his short reign, attacked the entire Catholic Church, from the Curia downwards, Pope Francis is naturally anxious to reconstruct God in his own image, and we look forward to reading more stories of the Holy Father mercifully forgiving God's sins over the next few months.