Giving up the Pope for Lent

1. There was a young man called Eccles, who was known for his rigid humility and mercy: so much so that everyone said that he must be saved.

2. This Eccles wrote a lovely blog, which provided spiritual nourishment to all who read it.

N.B. The above verses do not appear in all versions of the Bible.

3. Now, the time of Lent was fast approaching, in which men were encouraged to give up wordly things, and to engage in spiritual deeds. 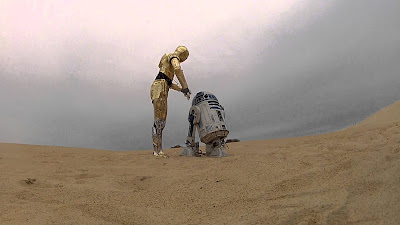 Into the wilderness for Lent.

4. "But what can I give up?" asked Eccles. "Shall it be chocolate? Or the strong drink that rageth? Or shall I stop sitting in my shed of an evening poking fun at Fr James Martin SJ?"

5. And there came a wise woman to Eccles who said to him, "Why not give up the Pope for Lent?"

6. This would indeed be a great sacrifice. For leading a life that ignored all the deeds of Pope Francis would cause all sorts of deprivation. 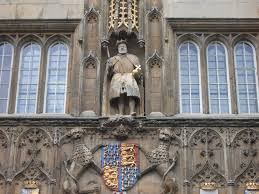 No longer shall we read of the Pope's attending Anglican services and genuflecting to Henry VIII.

7. "Where shall I be without a regular 'INSULT FOR THE DAY' arriving in my mailbox?" wondered Eccles.

8. "Can I possibly survive without knowing which Catholic doctrines have been made ambiguous, or without hearing the latest off-the-cuff pronouncements when the Holy Father rideth in his chariot of the air, that which is known as Pope Force 1?"

9. "Will it not grieve me to know not the latest indignities that have been heaped upon Cardinal Burke, who is fast becoming a rival to Job as a man of suffering?"

10. "It is true that I shall not miss the answers to the five dubia, for Pope Francis hath constructed a giant thinking machine called Deep Thought which will not report on this matter for another seven and a half million years."

The priests await Deep Thought's answers to the dubia.

11. "In my Eccsit from papal news, I shall also be obliged to spend forty days and forty nights without hearing aught of Fr Antonio Spadaro, of Austen Ivereigh, of Cardinals Kasper, Marx, Cupich, Coccopalmiero and the rest. Will I be able to bear it?"

12. "It is true that I cannot totally forget Pope Francis - for he hath asked us all to pray for the people that hate us. Thus everyone who attendeth Mass is encouraged to pray for the Pope - for nobody's hatred for us is like unto his!"

13 "Still, he is not commonly mentioned elsewhere in the Mass, except perchance in the homilies of Fr Arthur, in which there is a great scowling and rolling of eyes whenever the catchphrase Amoris Laetitia is uttered."

14. Thus Eccles weighed up the matter in his heart, and decided that passing Lent in a Pope-free manner would be good for his soul and his blood pressure.

15. He would also have more time for spiritually nourishing reading, such as the words of Michael Coren, he who later decided to eat them. 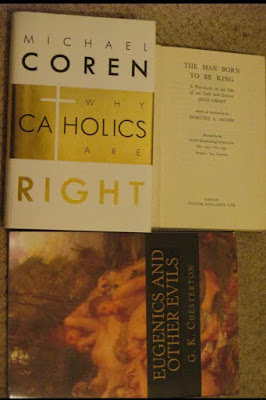 Still, there are other possibilities.

16. And so it came to pass that the Pope cried in the wilderness and Eccles heard him not.