In response to Fr Lucie-Smith's Catholic Herald article listing ten words and phrases that should be banned from religious life (e.g. "elephant in the room," "outreach" and "guideline"), we have asked a more liberal "Doctor of Immoral Theology" to provide a list of buzzwords that annoy him. 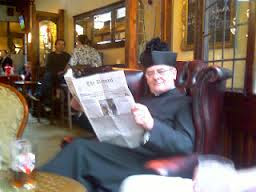 biretta: in the modern church there is no place for old-fashioned vestments (terms like "chasuble" and "maniple" are equally verboten). It is best if a priest shows that he is no different from other people, so saying Mass in jeans and tee-shirt is recommended. Perhaps a discreet clip-on dog-collar if you want to show you're "staff."

hermeneutic: anyone using this obscure piece of jargon (and that includes Popes who should know better!) marks himself out as someone who is not fully committed to the ideals of Vatican II. If the church is to proceed to ordain women as priests, to endorse abortion and euthanasia, and to allow gays to marry in church - all explicitly recommended by Vatican II - then we need to crush rebels who stand in our way.

kneeling: a most unhealthy custom, leading to arthritis and lumbago. Churches should withdraw all kneeling facilities, and allow the customers to sit down throughout the Mass (perhaps standing for hymns, to allow self-expression by waving arms and doing the occasional jig). 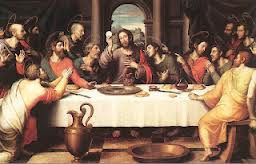 The Last Supper. Only one traddy apostle is kneeling!

Latin: Do we need to say more? The language of Satan. Banned by Vatican II. Who wants to hear a Mass in which abominations such as de gustibus non est disputandum or caveat emptor can be found? Or even veni, vidi, vici?

novena: not a decent English word, is it? All to do with praying on nine consecutive days - if that's not a sign of obsessiveness, we don't know what is!

Gregorian chant: Largely done away with, and replaced by the pioneering work of the blessed Paul Inwood, but it still survives in some pockets of resistance. Ugh. Moreover, Graham Kendrick tells us that he feels insulted that people are attempting to introduce Fulge, Jesu, Fulge as a Gregorian chant. 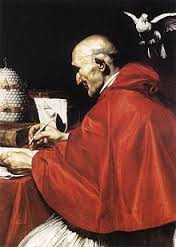 consubstantial: A word re-introduced into the new English translation of the liturgy. Not a word you'll hear in the street! "I hear you're feeling a little consubstantial, Mrs Peppermint! Aren't the tablets working?" What nonsense!

fasting: These days we don't fast, or eat fish on Fridays, or regard Lent as a special period of abstinence. It smacks of an eating disorder if you don't tuck into a healthy Jumbo Offalburger on Fridays (unless, of course, you are a vegetarian, in which case we truly respect your sincere beliefs, but do make sure you get enough calories). Lent's a period for stuffing ourselves with Easter eggs - why do you suppose they are in the shops at that time?

Pope: A chauvinist old fogey in Rome too full of his own distasteful ideas. Don't mention him in polite circles! The word "Vatican" is equally taboo, unless followed by "II."

God: Too controversial a figure in the modern Catholic church. If we are to be able to dialogue with atheists and Anglicans, we must not insist on this. If we must refer to a possibly nonexistent supernatural creator, then the term "sky-fairy" is recommended. We don't want Diarmaid McCulloch or Stephen Fry to laugh at us! 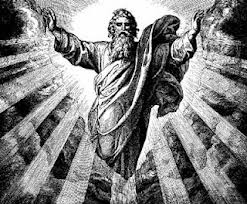 Not a necessary part of modern Catholic theology