The Book of St Richard, Chapter 26

1. And it came to pass that Richard spake out on the subject of food.

2. "What if human meat is grown? Could we overcome our taboo against cannibalism?" he asked. 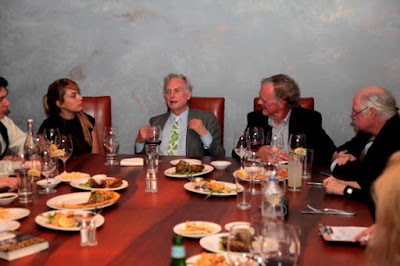 3. For he had begun to tire of the land of milk and honey in which he found himself in his old age. Especially the honey, which his thousands of admirers sent him daily.

4. For Richard had cried out in woe at the loss of his favourite honey pot to the guardians of the port that is called Air. Which was all the fault of Bin Laden.

5. And now he craved the flesh of Man.

6. The lunch of the ploughman, the pie of the shepherds, and the stew of the biologist, all these he craved.

7. The toad in the hole craved he not, neither the rare delicacy known as spam. 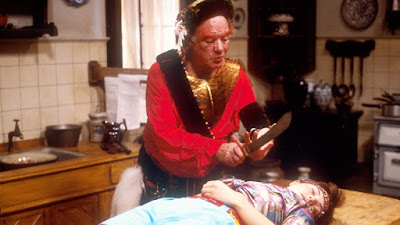 A dish fit for a celebrity atheist.

8. And many mocked Richard, but other devout people supported him.

9. For the Ecumenical Episcopalian-Aztec Fellowship said that in a very real sense Richard was to be commended.

10. Moreover, the Hannibal Lecteran Church wished to feast with the great professor.

11. Indeed, he was even blessed by the Catholic Diocese of the Borneo head-hunters, who had been praised by the Bishop Sorondo for their social teachings. 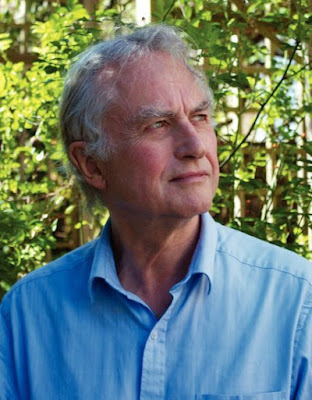 "The head-hunters will be meeting me somewhere round here for dinner."

12. But the friends of Richard hardened their hearts against the cooking-pots of Dawkins.

13. Even the learned atheist that is called Grayling refused to partake of Tête d'agent d'assurances à la Dawkins avec pommes frites. For alas! he had his own woes.

14. Yeah, he had discovered that Brexodus was like unto the Great War, that Maysis was using the gas of mustard, that the Rees that is Mogg was literally the Kaiser, and that millions had already been slain.

15. Wherefore then should he divert himself with the lighter pastimes of the table?