It's out at last: The Tobblit, the new film based on Tolkien's famous book. 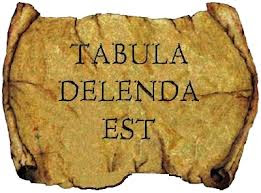 As many readers will know, this book tells the tale of Pill-bo Peppins the Half-baked, who is sent on a quest by the great wizard Ganduffy, and meets many strange characters on the way. 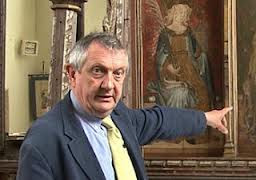 "Keep to the Left!" says Ganduffy.

The powers of Middle-Earth (or Mediterraneum, to use a more traditional expression) have led Peppins to roam (Roma), but she is determined to escape from their influence: she goes into the wilderness looking for adventure, along with thirteen dwarves. These include Beati, the comedy dwarf, whose invitation to take part is withdrawn at the last moment. She tags along anyway, blogging furiously about it.

Peppins encounters an evil D'orc, seen here with the corpse of its victim.

The way is perilous, and Peppins often loses sight of her ultimate quest, which is something to do with a dragon. Indeed, as this is a three-film trilogy, she won't get that far for another couple of years.

One of the most loathsome creatures encountered en route is Gilesum, a strange twisted being that lives underground. 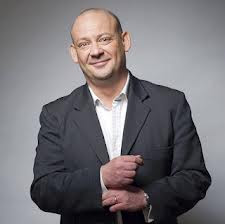 Gilesum - once human, but now distorted by a life of hatred.

Gilesum utters many strange cries like "BIGOTSES - I HATESEM" and "WE WANTS WIMMIN PRIESTESSES!" He is custodian of a mysterious ring, with various magic powers, including the ability to throw one's voice into innocent people's sleeping chambers early in the morning.

Peppins escapes Gilesum and rejoins the party. They then have to cross the sinister forest of Inwood, where strange sounds are heard that drive people insane; however, the travellers cover their ears, as have so many before them, and they eventually reach the land of elven safety. 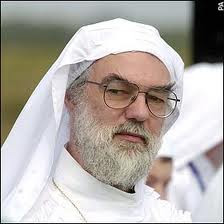 Christopher Lee plays the part of another wizard, Cantuar the White.