What happened after Francis left

As I walked through the wilderness of this world, I lighted on a certain place where was a den, and laid me down in that place to sleep; and as I slept, I dreamed a dream. I dreamed...* It was two weeks after the departure of Pope Francis from the chair of St Peter. In my dream it was not clear to me whether he had died, resigned, been carried off to the funny farm, or been arrested by the Swiss Guard. In any case, a conclave had been held and Cardinal Sarah was quickly elected Pope. Nobody wanted a Francis II, and even the Cupiches and Marxes realised that they could not get away with it.

Noisy popes? Who on earth did Cardinal Sarah have in mind? Pope Pius XIII (as he now was) wasted no time in tidying up the mess left by his predecessor. When he emtered the papal apartments he removed all the Pachamama idols that were cluttering up the place and burned them in public - tschugguelling them into the Tiber left the risk that they might be fished out again. He made the possession of the Pachamama dolls an excommunicable offence - much to the distress of Austen Ivereigh, who had planned to give his nearest and dearest Pachamamas for Christmas. 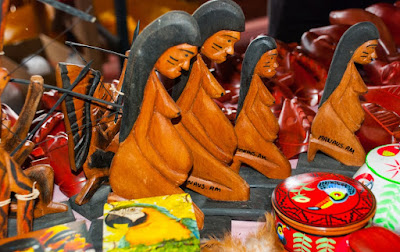 No longer needed in the Catholic Church. Then he turned his attention to some of Pope Francis's writings. Instantly he repealed Traditionis Custodes, much to the distress of Arthur Roche, who turned out to have backed the wrong horse. Uncle Arthur was taken away from the Congregation for Divine Worship and the Discipline of the Sacraments and sent back to his native Batley to sort out the problems of the schoolteacher who was in hiding after showing his class a cartoon of the Prophet Mohammed. We did not see him again. Amoris Laetitia was next for the bonfire, and the Dubia were answered with a definite "No, yes, yes, yes, yes!" to the delight of the surviving cardinals, Vice-Popes Burke and Brandmüller. "Synods?" said the new pope. "Who needs synods, let alone synods about synods? They're cancelled, and anyone seen trying to set up a synod will be severely disciplined by the new Congregation for the Doctrine of the Faith, now renamed the Inquisition once more." 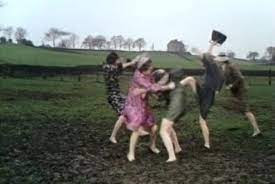 A tense moment in discussions at the Batley Townswomen's Synod. "A good morning's work," said Pius XIII. "I'm now going to visit Emeritus Pope Benedict for lunch, and see whether he has any more suggestions." In the afternoon of the first day the new pope excommunicated Joe Biden and Nancy Pelosi, sacked Jeffrey Sachs, and laicised Fr James Martin LGBTSJ. "Francis bullied the Order of Malta, and the Franciscan Friars of the Immaculate," he told his friends. "I have my sights on the Jesuits and their Satanic America magazine." Then he sorted out the German bishops and turned his attention to China, and ... 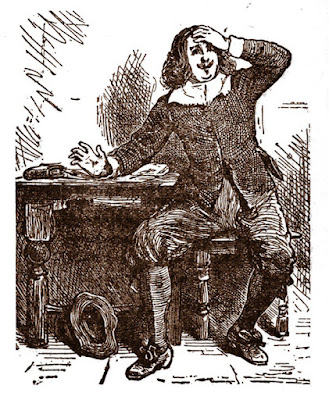 Unfortunately, it was only a dream. *John Bunyan.
Posted by Eccles at 11:58