Next week sees the publication of a new encyclical, provisionally entitled 1 Corinthians; since the Holy Father (Peter) is rather busy with audiences, travels, and photo-opportunities at the moment, it is believed that the encyclical has been mostly drafted by a very senior colleague, probably Cardinal Paul. 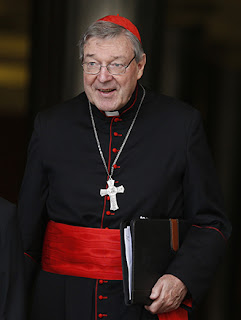 Cardinal Paul, with the draft encyclical.

So what shall we see in the new encyclical? Will it refer to climate change on the Sea of Galilee, to the man who sowed a crop of wheat only to find that his enemy sowed biofuels among it, or to wind farms near Jerusalem? No, of course not, this is the Catholic Church, and the purpose of the encyclical is to save souls, not to argue about energy policies.

We have learned that Cardinal Paul is not too keen on Christians taking other Christians to law, even if they are accused of heresy in each other's blogs (e.g. making schoolboy blunders such as saying that the Holy Spirit is a girl). We may also expect that the encyclical will be very strict on immorality, probably with a strongly hostile reference to the recent same-sex marriage referendum in Corinth. 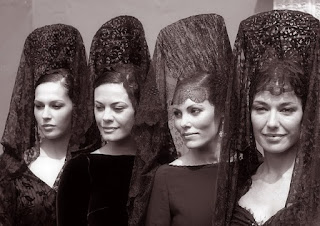 Readers of the Tablet will also be dismayed to learn that women are encouraged to cover their heads in church and to SHUT UP. That means you, Catherine. And you, Tina.

Cardinal Paul will also entertain us with little snippets of news from his past life: for example, did you know that when he was a child, he spoke as a child, he understood as a child, and he thought as a child? But that when he became a man, he put away childish things? In fact he gave most of them to Cardinal Kasper. 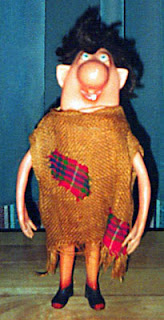 Eccles doll, now in the possession of Cardinal Kasper.

We are expecting to see a final ruling on the big question of our times: Is Faith, Hope, or Charity the best of the virtues? We have been unable to get a peek at the encyclical, but our religious affairs correspondent, St Damian the spectator, has heard from sources close to Cardinal Paul that the answer will be "Hope".

Whatever happened to the Faith Commission and Hope Commission?

So what is the purpose of this encyclical, apart from the usual one of allowing senior clergy to pretend that people actually care what they think? Cardinal Paul says that the document is not meant to make people feel ashamed but to "admonish" them as beloved children. Well, not me of course, but you might want to change your ways a little...