Elon Musk, said to be the richest man in the world after Cardinal Becciu, has made a bid of $666 billion for the Catholic Church (hereafter abbreviated to Cather). In a letter to Pope Francis, Chairman of the Church since a 2013 boardroom coup, Musk said that the business was not thriving under its current management, and that changes were needed. 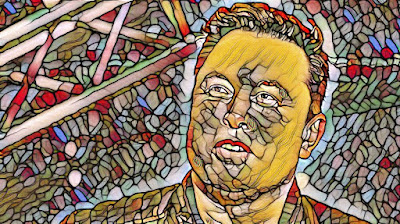 The new owner. This is not the first time that Cather has faced hostile takeover bids: in the 16th century the entrepreneur Henry Tudor made an extremely savage takeover of its English business, "cancelling" many users. Similarly, the tycoon Martin Luther attempted to force the German branch of the Church out of business by setting up a rival platform. But this is apparently the first time that a bid has been made for the whole Church. If Musk is successful, he is expected to sack the unpopular Chairman Francis, and install himself as boss, taking the title Pope Elon I. 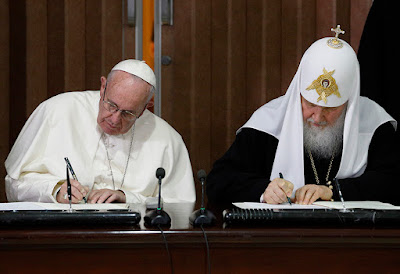 "Takover or invasion, which do you want?" What other changes are we likely to see? I'm glad you asked me that. We are likely to see the return of several people who were effectively silenced by the antisocial medium - for example the notorious American Raymond Burke with his aggressive statements such as WE WONDER IF YOU WOULD BE SO KIND AS TO ANSWER A FEW DUBIA FOR US, HOLY FATHER? and many people who have infringed "Community Standards" by praising the Traditional Latin Mass. The new Musk-run Cather is unlikely to waste any time on synods, and all the pressure groups that have so far exploited Cather to conduct such activities, such as the German Heretic Synod, the Deranged Feminist Synod, and the Jesuit LGBTSJ Synod, will be in breach of Cather rules. We live in interesting times. Possibly.
Posted by Eccles at 15:25