The Boat of Fools visits the Nave

Our "Mystery Worshipper" was present in the Nave, Canonbury, for the inaugural Atheist Service organized by two obscure stand-up comedians (what else?), Sanderson Jones and Pippa Evans.

What was the name of the service? The Mass Delusion.

How full was the building? Very full. Most of the people attending were journalists, anxious to see what it was all about. There were half-a-dozen "mystery worshippers," attired like me in masks, and a contingent from the Tablet, who seemed to be joining in the service with suspicious enthusiasm.

Did anyone welcome you personally? Well, not personally, but there was an old grumpy-looking man, who kept muttering "NON CREDO!" at all who entered. 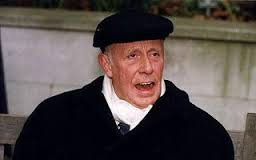 How would you describe the pre-service atmosphere? Lots of idle chatter, and not much reverence. Excited muttering as celebrities entered: "Isn't that Giles Whatsit who does the Thought for the Day?" "There's Ma Popehater!" "A Rolls Royce is drawing up - Polly Toynbee must be gracing us with her presence!"

What were the exact opening words of the service? In the name of Dawkins: Biologist, Theologian and Selfish Gene. Amen.

What books etc. did the congregation use during the service? This was a bone of contention, as some wanted to use the Latin Atheist Liturgy of 1962, whereas others had the new English translation of 2011. In the end, the traddies read from the former, the modernists from the latter, and a third group just shouted out deep theological killer arguments such as "sky fairy," "men in dresses" and "bronze-age goatherds."

Did anything distract you? Yes, they had a guest performance from the Liverpool liturgical lapdancers, at the point in the service where we venerated the relics of Richard Dawkins (an old pair of his socks). However, I think atheism is too dignified a faith to be spoiled by a lot of under-dressed girls showing their... well, never mind. 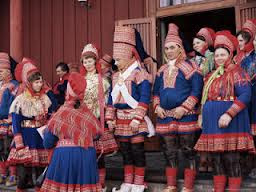 What Liverpool Cathedral thought they would get when they asked for Lapp dancers.

In a nutshell, what was the sermon about? The vicar (Fr Sanderson Jones) lived up to his reputation as a stand-up comedian. First, he told us that a funny thing had happened to him on his way to the church... Then again, he asked us, how could one tell that an elephant had been in one's fridge? Finally, he explained that when the Pope was a kid, he used to pray every night for a new bike. But the Lord doesn't work that way. So he just stole one and asked Him to forgive him. And in a very real sense, are we not all looking for a new bicycle?

Which part of the service was like being in heaven? The bit where Stephen Fry tripped over his ego, and sprained his ankle. How we laughed.

And which part was like being in... er... the other place? Other place? Oh, you mean Roehampton? The bit when Tina Beattie got up and gave us The Lecture The Pope Tried To Ban.

What happened at the end of the service? We all joined in a chorus of "Amazing Disgrace," with its classic line: "I once was found, but now I'm lost." 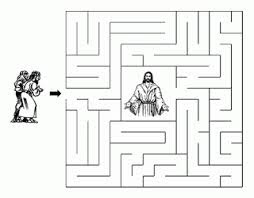 Grace in a maze (how sweet the sound) - not wanted here!

How would you describe the after-service coffee? Definitely not made by Mystic Monks or even Numinous Nuns. I wanted to have faith in the coffee, but they told me there were no grounds for it. The tea came from Scotland, and it was based on a complete Lockerbie leaf, ho ho. 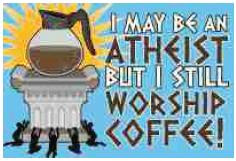 No grounds for belief.

Did the service make you feel glad to be a Christian? You bet.