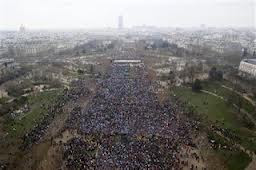 On Sunday a massive demonstration was held in Paris against the French government's proposal to recognise people such as Giles Fraser, Le curé comique, as real priests. The organizers estimated the attendance at over a million, the police said 800,000, and the government 100,000; the BBC reported that there were only about a dozen people taking part, preferring to concentrate on the Amamus Gilem Fraserum demonstration in Rome, where four girls took off their clothes in order to show to the Pope their well-developed arguments for supporting the wacky Englishman. 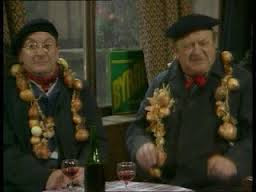 Said a typical French demonstrator, Armand Legue, "In France we have a tradition of Laïcité. The state is purely secular, and the priests are religious. We cannot accept a situation in which people whose actions are based on secular values are allowed to operate as priests." 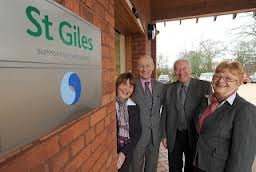 Supporters of Giles Fraser have offered to take him into care.

Back in Britain, over 1000 Catholic bishops and priests have written a letter to the Daily Telegraph complaining of the Government's plans to redefine priesthood. "We don't think the definition of a 'priest' of the established church should be extended to include the likes of Giles Fraser," they explained. "He spends his time calling harmless people 'bigots,' and accusing them of 'persecuting gays', simply because they preach the same concept of marriage as Christ Himself did." The Government, however, is apparently set on a policy of extending the priesthood to include deviant minorities such as Guardian columnists and Thought for the Day ranters. 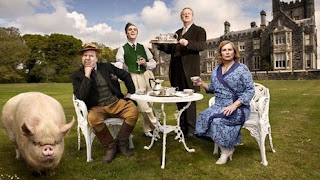 Curiously, the BBC itself has also been criticised this week, for broadcasting an adaptation of P.G. Wodehouse's Blandings Castle, in which one of the characters was clearly identifiable as a parody of Giles Fraser. Said a Fraser supporter, "Admittedly, she did little but grunt 'Oink, oink,' but the scene in which she relieved herself over a copy of the Guardian struck some of us as a little too close to home."