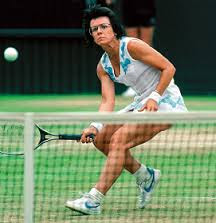 Fans of the great tennis star Ma Tina Unhinged are delighted to report that she will soon be appearing at Wimbledon. For a while it seemed that the career of the "bad girl of Catholicism" had stalled, after her Clifton suspension and her disqualification at San Diego, but she has now qualified for the Pugnacious Disloyola Cup (awarded by an group of very independent-minded Jesuits). 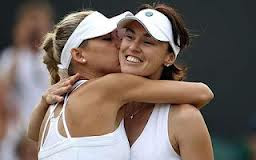 Women's Doubles - but should they be allowed to marry their partners?

So what can we expect to see from Ma Tina? Will she be able to obey the rules this time? Critics have said that her style is riddled with errors, starting with even the most basic service: for her it was like an act of homosexual intercourse. This caused apoplexy in the judges, who decided she had definitely overstepped the line.

Ma Tina's big weakness is her volley: she floats a lot of balls in the air - such as her argument from the doctrine of the Trinity that an embryo is not a person - only to have them smashed down by more orthodox players ("her ideas on the whole business are absurd," said one obstetrician, Dr Rafael Natal). 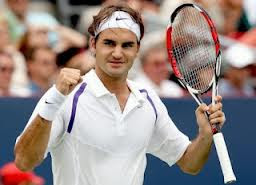 Roger, fed up with her.

On the whole, the prospects for Ma Tina do not look good, and it seems clear that she will not be winning many Catholic trophies in the near future, even if she survives Wimbledon. Apart from the Tablet, a paper known to maintain a sentimental affection for maverick players, few commentators now take her seriously. 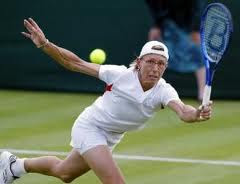 Ma Tina - Now rot all over?