Designer of the Dawkins dies

Former BBC designer Ray Cusick, who built Dr Who's most deadly enemy, the fearsome monsters known as the Dawkins, has died aged 84 after a short illness. 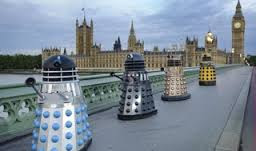 Although originally human, the Dawkins are vicious domineering monsters, incapable of feeling any normal emotions. Originally, they were humanoid creatures whose genes became unnaturally selfish; in their present form they were the creation of Dawkos, an evil genius confined to his own personal chair (the Simonyi chair for the Public Misunderstanding of Religion at Oxford). 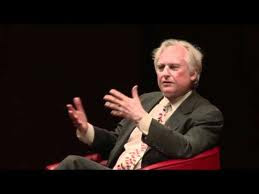 Terry Nation, the writer responsible for introducing the Dawkin monsters into the Dr Who stories, died in 1997. It was he who was responsible for the main characteristics of the Dawkins, their mesmerisingly robotic voices, and their repetitive catchphrases IN-TI-MI-DATE, PRE-VAR-I-CATE, and IN-DOC-TRIN-ATE. 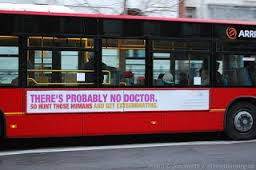 A Dawkin spaceship prepares to invade some harmless planet.

As we approach the 50th anniversary of the start of Dr Who, it has been confirmed that the Dawkins will re-appear as one of the Doctor's main opponents. Ray Cusick's heirs can be proud that his iconic design lives on after his death. 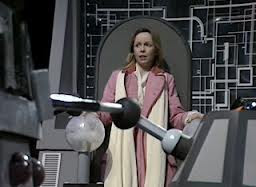 A young woman attempts to reason with the Dawkins.