The prophecies of St Malarkey

The 16th century (or possibly 12th century) prophecies of St Malarkey are attracting great interest at present, as they seem to make predictions about the next Pope to be elected, suggesting that he will be the last. 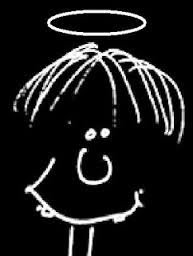 Certainly, St Malarkey has had a sensational track record of identifying the popes elected in the last few hundred years. Here are some examples of his brilliant predictions. 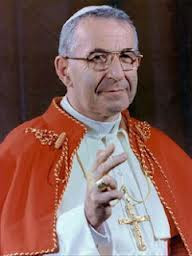 "Man with glasses" - an unerring identification of Pope John-Paul I.

In 1978, the College of Cardinals must have had St Malarkey's prophecies in mind when they unfailingly elected a man with glasses as the new pope (John-Paul I), in succession to Pope Paul VI. 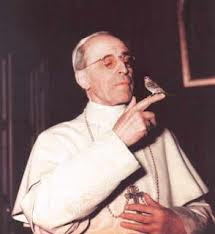 "Goldfinger" - well, nearly right, it was a goldfinch on a finger.

Likewise, after Pope Pius XII's election in 1939, the mysteriously prophetic word "Goldfinger" was seen to be right on target, for the Holy Father successfully balanced a goldfinch on his finger.

More recently, St Malarkey's prediction of Pope Benedict XVI's election was couched in the word "Koala," which led many to think that Cardinal Pell would be elected. But the good saint had seen further than everyone else, and he knew that the scene below would surely come to pass. 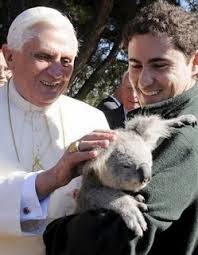 Some of St Malarkey's predictions referred to popes who are now almost forgotten. His enigmatic phrase "short fat hairy legs," for example, led the college of cardinals into a frantic examination of the legs of all those cardinals who were papabile, before they finally elected Pope Ernie the Wise.

So what does St Malarkey have to say about the next pope, who will be elected within the next month or so? Simply the word "Comic." Well, our experts have looked around to see who could be meant, and below we reveal the saint's final tip for the throne of St Peter. 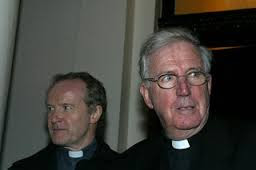 If this election comes to pass, then the end of the world will surely be near at hand.