Many people will know of me as the leading journalist of the Roman Empire, and founder of the newspaper Res Publica. I spoke to Jesus of Nazareth shortly after his famous Sermon on the Mount, and what He had to say will shock you. 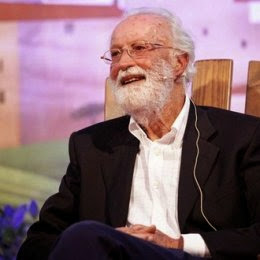 Sorry, my hearing aid's been broken for years.

I interviewed Jesus under the best possible circumstances: I refused to record the interview, or to take notes, and my hearing aid was broken, so I couldn't hear Him either. In fact most of the time I hid in a cupboard, so as to resist the temptation to try and lip-read the Messiah. Nonetheless, I can tell you exactly what He said, even though He spoke Aramaic, a language unknown to me.

Jesus told me that He is very keen on an all-female priesthood, and that the all-male priesthood favoured by Jewish tradition was simply a mistake. He had given the keys of Heaven to Petra, an ambitious young lady that He had met somewhere, and she was going to become the first Holy Mother.

St Petra shows off the keys to Heaven (ringed).

Jesus is well-known for saying "I came not to judge the world, but to save it." He expanded on this theme to me, explaining that old-fashioned notions of Good and Evil were now redundant. "If a man wishes to commit theft, murder, adultery or even bear a little false witness, who am I to judge? Who is my Father to judge? No, just SMILE, that's all I ask my disciples to do." 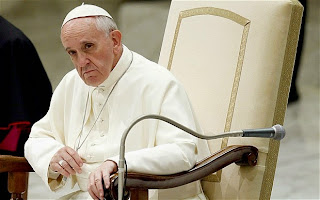 Smile, Francis! Football's only a game!

Evidently, reports of Jesus's teachings from journalists such as Matthew, Mark, Luke and John have got things completely wrong. They claimed that Jesus believed that one of the Twelve would betray Him, but in fact what He said to me was "Do you know that 8.333333% of my disciples are perverts?" Trust me, I'm a Tablet journalist, would I make up something like that?

Well, there are many other things Jesus said to me (such as "Why are you hiding in that cupboard?") but I think I have given the essence of his character: a quiet man, who merely wants to be left alone, with simple hobbies such as climbing mountains, messing about in boats, and sometimes riding on donkeys. I would say that He was probably an atheist, like myself, and that all that He wishes to do is to undermine religion, as I do. 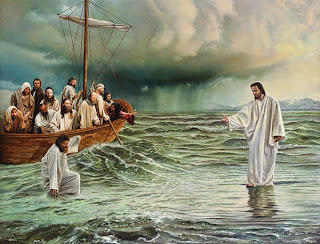 Simply messing about in boats (or out of them).