Following the resignation of Prof. Eamon Duffy from the position of honorary fellow of St Mary's University College, Twickenham, it now turns out that an even more eminent person, the Blessed Virgin Mary, has decided to end her association with the trouble-ridden college. 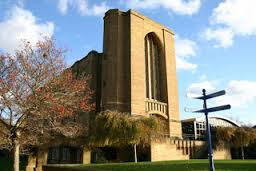 The resignation of St Mary came initially in a private revelation to Bishop Caterpillar, the chairman of the governors; it has now been confirmed by miraculous means, in that all documents and signs pertaining to the college now appear without the name of St Mary.

The college, as it now presents itself to the world.

According to Dr Towie: "I was giving my usual lecture on the Continuing relevance of Dei Verbum as matrix of revelation for Catholic Theology, when I was interrupted by cries of 'Why aren't you tap-dancing?' It seems that these days the college is phasing out degrees in theology, which tend to lead to badly-paid jobs in religious institutions, in favour of more marketable skills such as juggling, which can lead to celebrity on television programmes. I argued in vain that one of our brightest alumni had once appeared on The Z-factor, a religious talent show hosted by the great Father Z." 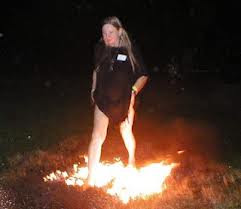 An alternative to hermeneutics.

Bishop Caterpillar has defended the plan to merge STPA with SJTDFW, saying that Vatican II had explicitly authorized the use of jugglers, tap-dancers and fire-walkers in Novus Ordo Masses, and so such creative arts may be regarded as a paradigm for religious worship.

In the absence of St Mary, the college is now looking for a new sponsor. One saint long associated with dancing, who may be available, is St Vitus; thus we may soon be referring to St Vitus's University College. 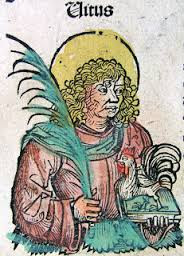 The man who will save Twickenham?