The company Volksbischof has been forced to recall its entire stock of Catholic bishops, after tests proved that they had been deceiving people about the quality of their missions. In everyday situations there was a distinct whiff of sulphur about their teachings, which the bishops successfully concealed whenever they were inspected closely.

Said a spokesman, "I have had my doubts about the Kasper 2.0 and the Marx 1.6 for some time. I was also concerned that if I drove them in hilly countryside, they would rush out of control down a slippery slope without any hope of stopping. From now on I'm getting a steady reliable Burkemobile!"

Meanwhile, in other news, Cardinal Vincent Nichols has been trying to answer this question: What do the Catholic church's most devoted members believe? As a "process of discernment", the bishops of England and Wales have been taking soundings and the results are shocking.

According to the survey, 90% of Catholics are dissatisfied with the Church. But there's more! 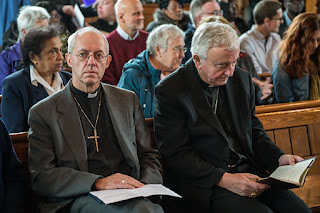 Vincent Nichols looks for loopholes in the Bible.

90% of the most devoted Catholics are members of ACTA, the organization for stirring up dissent in the Catholic Church.

90% of the most devoted Catholics are Tablet readers.

90% of the most devoted Catholics never attend Mass, except for special "gay" masses.

90% of Catholics are still whingeing about the word "communion" in the new translation of the missal.

90% of the most devoted Catholics want Vincent Nichols to be the next pope. 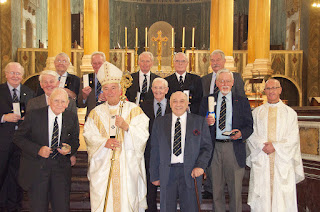 90% of the most devoted Catholics are over 80 years old.

Indeed, 90% of the most devoted Catholics say they would be happier as Protestants.

Cardinal Nichols believes that the survey is statistically meaningful; if so, then the inescapable conclusion is that the Catholic Church needs to drop its pretence of being "religious" and become a secular charity with aims similar to Stonewall or BPAS. You read it here first.