The New Church of Nasty

Religious commentators became very puzzled this week, when the Church of Nice decided that, after all, it would be more honest to rebrand itself as the New Church of Nasty. This caused untold confusion, as there is already an Old Church of Nasty. 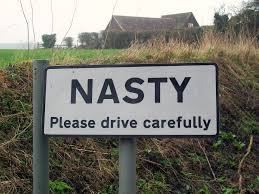 The original Church of Nasty takes the view that keeping God's commandments is quite a neat idea. So no adultery, homosexual activity, abortion, euthanasia, theft, false witness, etc. Loving one's neighbour doesn't include supporting him when he runs amok with a chainsaw - for although Jesus never explicitly condemned sawing your neighbour in half, we Old Nastians believe that somehow this prohibition is implicit in His teachings, based on the old Jewish law. So since for many people the greatest virtue is Tolerance, this has naturally made traditionally-minded Nastians unpopular in some circles. 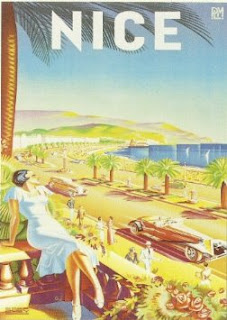 The big change this week came when Kim Davis of Kentucky was sent to prison by Judge David Bunning because she refused to issue same-sex "marriage" licences. Apparently, she was said to have committed contempt of court; as a result David Bunning himself is now regarded with contempt by many decent people - the words "arrogant bullying toad" spring to mind here. We heard a rumour that he himself was a Catholic - if so, then presumably one of the "Church of Nice" types.

The vultures gathered round the corpse of liberty. For example, Michael Coren, the comedy apostate, who left the Catholic Church in order to spend more time with his ego, was full of glee at the news that a committed Christian woman had been sent to prison for her beliefs - rather than, say, being assigned to other duties and being awarded compensation for the inconvenience. As for Hillary Clinton - well, the less said about her the better, under all circumstances. 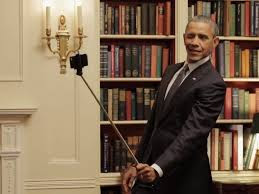 Meanwhile, Barack Obama takes a picture of the person he loves most.

Of course this is not the first time that the Church of Nice has shown its teeth. Peaceful demonstrators outside abortion clinics are routinely spat on and otherwise intimidated by those of a more "liberal" point of view. People are sued when they refuse to bake cakes bearing absurd political slogans. So now that the inevitable has happened, and the "Nice" people have decided to stop all pretence of being kind, sweet, gentle people who keep kittens and love their neighbours, the renaming of their church as The New Church of Nasty was inevitable. 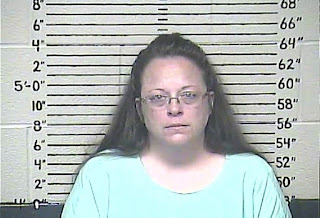 "Burn her for her Christian principles!" © Church of Nice New Church of Nasty

No doubt Pope Francis will ecumenically get Kim Davis released when he visits the USA.