Pope Francis says "Have an abortion on me!"

By Julia Carpet-Chewer of the Telegraph, Tom Wingnut of the Times, and in fact most of the most foolish journalists in the secular media.

Yes! Pope Francis - who I've just discovered is the head of the Cathartic Church (memo, check spelling) has made it clear that during the forthcoming Year of Murphy abortion will no longer be a sin! In fact all Cathartics, male and female, will be encouraged to go out and have abortions, knowing that they will automatically go to Heaven as a result! 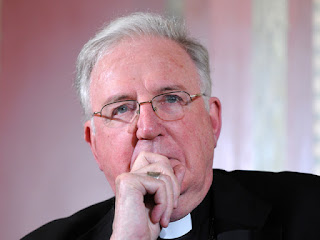 Is this why it's called the Year of Murphy?

I've been given a fascinating but rather difficult book called "Catholicism for three-year-olds" - oh, THAT's how you spell it - and, as far as I can tell, there are two important notions going round in the most advanced theological circles. One is called GOOD and the other is EVIL. Weird, eh? Now, if you do GOOD, you go to Heaven, and get angel's wings, learn to play the harp, and sit on a cloud. But if you do EVIL - now don't be shocked by this - you go and sit in a big lake of fire, eat brimstone, and watch endless television shows starring Stephen Fry. 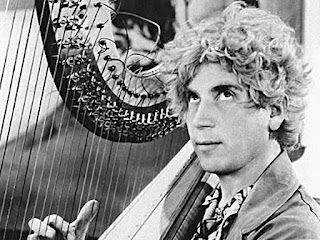 A vision of Heaven.

And that's all there is to it, EXCEPT that you can still do EVIL and get away with it. All you have to do is tell a PRIEST - a sort of holy policeman - and you are FORGIVEN. But BEWARE, for if you've done GOOD and you tell THAT to a priest, then it gets FORGIVEN as well, and so you get no credit for it. This is what Catholics call ABLUTIONS. 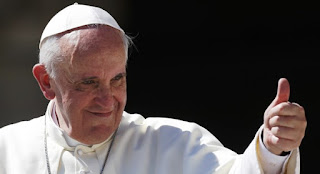 It's a big thumbs-up to EVIL from now on!

So what did Pope Francis actually SAY? Well, he said that in the Year of Murphy there was no need to worry about committing sins. There won't be any! In fact he even said that HITTING STUPID JOURNALISTS OVER THE HEAD WITH A CRICKET BAT - although normally said to be one of the wickedest things you can do - was no longer to be considered sinful. In fact he RECOMMENDED IT. Oo - er... 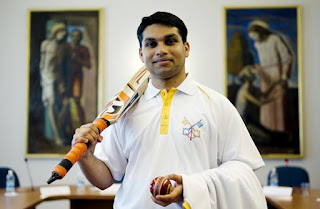 Preparing to tackle the Press.