Is God an old man with a beard?

Recent events in British politics have led many people to suppose that God is an old man with a grey beard, living in some remote area beyond the reach of ordinary human beings (Islington, also known as Corbyngrad). But is such a belief tenable in the present day and age? 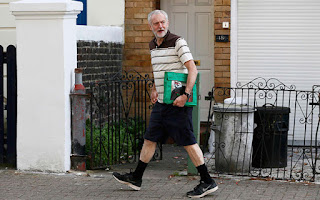 A man walking like a chicken, or God moving in a mysterious way?

Certainly after his miraculous election to the leadership of the Labour party, and his consequent appointment as leader of the Opposition, against all the odds, many people are prepared to bow down and worship this mysterious figure that we all associate with times long gone by (the 1960s, mostly).

Still, if indeed Jeremy Corbyn IS God, then that would provide an explanation of his refusal to sing the National Anthem, "God save the Queen". After all, he would only be talking (or singing) to himself. And presumably he already has a fairly good idea whether the Queen is saved. 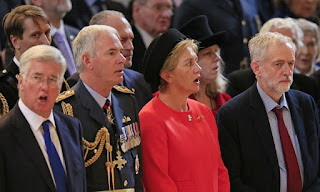 It's so embarrassing when people sing hymns to you.

For a long time it was thought that God was a middle-aged man who wrote down his promises on stone tablets and ate bacon sandwiches in a mysterious way, but a few months ago this theory was disproved and the search for a supreme being went elsewhere. But really, who believes in the divinity of an old man with a beard in this day and age?

Meanwhile, Pope Francis has made it perfectly clear that he does not believe in the divinity of JC (even though he shares his initials with a *very* famous religious personage indeed). Indeed, in asking Catholics to reduce their Corbyn Footprint, he has made it clear that, wherever Heaven is, it cannot be in Islington. 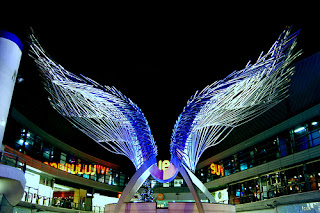 The Angel, Islington, a challenge to non-believers.