Letters to the Catholic Herald

I was horrified by the rude and offensive article from Damian Thompson, entitled "Can Bad Catholic Music be stopped?" I have always regarded Damian as a very meek and mild writer, without a harsh word to say about anyone; hence, this sudden meltdown came as a shock to me, and, may I add, to my fellow-members of the Royal Association of Bad Catholic Musicians. In particular it caused distress to Bernadette Farrell (lovely lady, she rehearses all her hymns with the aid of a kazoo before releasing them to a delighted public), and of course The Master of the Queen's Bad Music, Sir Paul Inwood C.H. C.H. 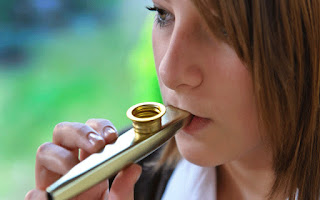 Damian Thompson's views have obviously been formed by too much listening to classical music (he mentions Haydn, Parry and Vaughan Williams, which are names totally unknown to me and my fellow bad composers). Damian doesn't appreciate that the youth of today want religious services in which the music is produced by guitars - electric, of course - the hymns are all about what a wonderful time we're having, and there is the opportunity to do the kiss and cuddle of peace after a spell of liturgical dancing and a sermon about how God likes football.

Get lost, Damo!
Yours in The Light of the Lord,
Doris Muzak (Ms) 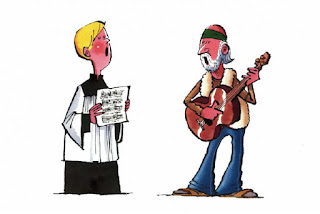 Damian Thompson and Paul Inwood do a "gig" together.

I'm puzzled that an eminent Catholic historian, Tim Stanley, doesn't seem to understand the role of historical drama. In his review of Downton Abbey, he complains about the historical accuracy of some of the scenes. For example, he thought that the episode where an army of Daleks broke in and exterminated Lady Mary was unrealistic, as there are no recorded accounts of Dalek-extermination among the upper classes in the 1920s. He has obviously forgotten the 1922 Dalek Invasion of Hull, where the whole town was reduced to a wasteland (not very different from today's Hull), including - and this is the key fact - the Duke of Prescott's ancestral home, "Puddings". 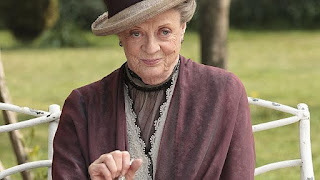 Davros returns as a woman - note the unconvincing rubber mask.

Academic historians - especially Cambridge ones - should be aware that nobody cares about history. If Julian Fellowes chooses to invoke the atmosphere of the 1920s by writing dialogue such as "I wear a fez now. Fezzes are cool!" or "EX-TER-MIN-ATE", then we should accept his Tolstoyan skills for what they are, rather than heckling from the sidelines. 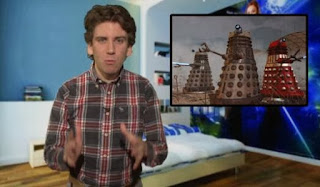 Tim Stanley comments on the latest episode of Downton Abbey.

Your correspondent is critical of ACTA's role in influencing the bishops of England and Wales before the recent Synod, apparently sharing the view of many traditional Catholics that ACTA is a quasi-Masonic organization with aprons, rolled-up trouser legs and funny handshakes. Whether or not it is (and I have promised not to divulge ACTA's secrets on pain of having my heart torn out by giant vultures), I am anxious to make it clear that we do not dance naked at the full moon - well, not all of us - we do not sacrifice babies to the god Pan, and we certainly do not stick pins into wax dummies of Cardinal Burke.

It may help your readers to understand us if I mention that we do not attend church and we do not believe any of the standard Catholic teaching. So in that respect we are exactly the same as any other Tablet-reading Catholic.

Andrew Bowman
Lead author of the ACTA report "The smell of the donkeys". 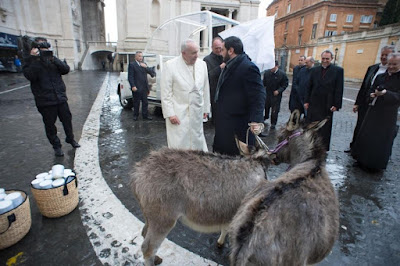 "You fool, I ordered sheep! How will I get a donkey round my neck?"

As a very well-known bishop, I am getting increasingly embarrassed by your page of "Bishops' Engagements". My Dean has remarked to me that, whereas some bishops are able to record "Pilgrimage to Lourdes", "Blessing of the camels at the zoo", "Mass in memory of St Tharg", etc., all that I can find to list is "Watching television", "Going to a football match" and "Pub crawl". It would be best if you could omit this feature altogether.