For the first time since the 4th Century AD, the Catholic Church has agreed to add a new book to the Bible, namely the gnostic Gospel of Judas. This book, which consists of informal conversations between Our Lord and the disciple Judas Iscalfariot, contains new and exciting teaching that in places seems to contradict what we learn from the rest of the Bible. 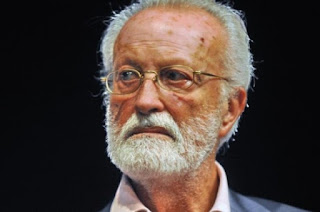 According to Our Lord's new teaching, as reported by Iscalfariot, marriage is no great shakes, really, and adultery is nothing to worry about. Certainly remarried divorcees should be admitted to Communion: the only question is whether it is really appropriate to admit those married couples who quarrel occasionally but have not yet taken the Christian way out - divorce.

With the Catholic Church accepting the Gospel of Judas, the question arises whether other Christian denominations will follow suit. The Anglicans, in fact, are way ahead of the Catholics, as they all believe unquestioningly in the very exciting 39 Articles: of these, one - "the Bishop of Rome hath no jurisdiction" - is now becoming very popular among certain Catholic bishops as well. 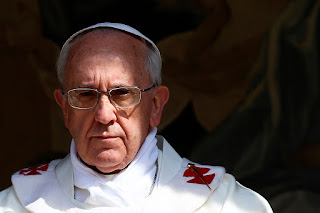 In other news, Cardinal Walter Kasper is due to give a lecture in Durham tomorrow, as part of the Tablet's 175th anniversary celebrations. Many of Walter Kasper's most loyal fans are bitterly disappointed to hear this news - saying that being associated with the Tablet may well harm the good cardinal's reputation as a pillar of orthodoxy. 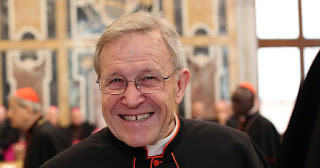 "The Tablet? Are you sure that it's a totally orthodox magazine?"

A similar problem arose when pianist and composer Stephen Hough was commissioned to write a piano sonata for the Tablet's anniversary. We have not heard the piece yet, but we understand that it is programmatic in style, beginning with music that is strongly Catholic in flavour, based on Gregorian chant, and then suddenly degenerating in the last few bars into a depiction of Chaos and Hell. What could he possibly have been trying to say? 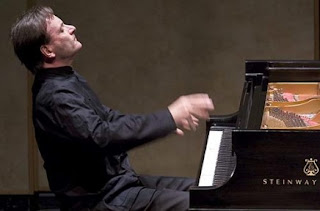 "This bit depicts a Witches' Sabbath."