The Book of Brexodus, Chapter 6

1. So the children of Britain came finally to vote on whether they should remain in the land of EUgypt.

2. And half of them said "stay", and half said "go", but slightly more said "go". So it was decided that the people should leave the courts of Juncker.

3. And Cam-aaron was exceedingly grieved, and said "Alas, I cannot take you into the wilderness: I shall resign my position as High Priest, and eke out a humble existence advising the rich and powerful, eating massive dinners, and giving speeches to those who can afford me."

4. For this had earlier been done by the great warlord Blair, he who had conquered the lands of Mesopotamia, at least briefly. 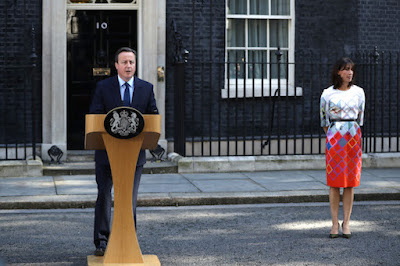 Cam-aaron and his handmaiden prepare for a life of riches.

5. However, many of those who had voted to remain in the courts of Juncker the Pharaoh lamented in deep distress: indeed they wept for several days, refusing to be comforted.

6. Some spake out with a voice of wrath, saying "We must vote again, as the common people have given us the wrong answer." And others, more gentle, suggested, "Er, best of three?"

7. Said one man: "It is mostly the fault of the aged men, who voted to leave. For, as it is written, God giveth wisdom to the young man, and folly to the old."

8. Said another: "Indeed, my son is sore distressed that he could not vote. He is only two but he hath a mighty grasp of the issues." 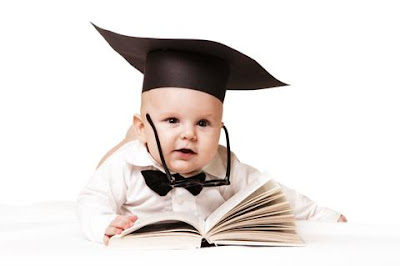 9. Next, a great petition was born, with ten thousand times ten thousand signatures, mostly in the names of the puppets that are called Sock.

10. And others, who had earlier voted to leave, spake out, saying "I knew not that I was voting to leave. For I thought that I had entered my name into a prize draw, that I might win a camel or at least a box of dates."

11. Then another man, whose name was Lammy, which is to say, "Stupid", cried out with a loud voice, saying "Let us ignore the vote completely. For the voters are not blessed with wisdom such as I possess." 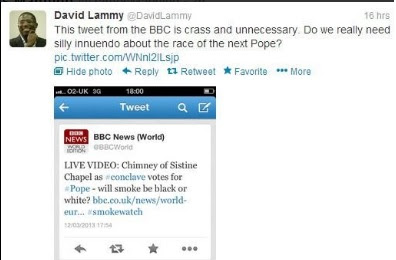 On another day, Lammy commenteth on the election of a High Priest.

12. Thus no man could tell whether the will of the people would prevail, and whether Bosis would indeed be able to lead his people towards the promised land.