The Tablet seeks a new editor

Yes, 2016 has proved a truly grim year. We lost Mother Angelica, Andrew Sachs, David Bowie, Terry Wogan (fill in your own names here), and now Catherine Pepinster is leaving the Tablet, or Bitter Pill as it is known to many Catholics. It will be hard to fill the shoes of the woman who brought you top-quality theology from the likes of Hans Küng, Tony Flannery and James Martin! 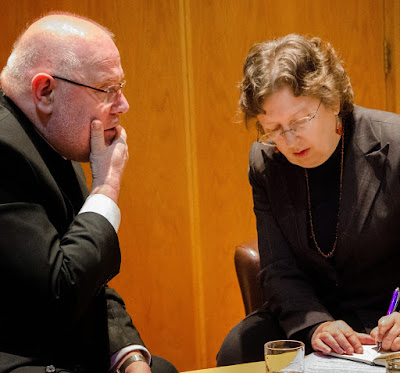 Over now to the Tablet offices, where they are in the process of choosing a successor.

Right, the first application is from Damian Thompson of the Spectator and Catholic Herald. He's promising us some hard-hitting Catholic journalism (all gasp), as well as in-depth analysis of the likely front-runners for the next papacy. Is Cardinal Sarah ruled out because of his bad hair? Is there any cardinal apart from Dolan who really understands custard? Burning questions, I'm sure you'll agree.

Also, which pope had the worst drink problem? Plus a stable of new writers such as Cristina Odone, Dan Hodges and Mary Riddell. No, we really can't accept that.

Who's next? Ah yes, Thomas Rosica of the Salt and Vinegar Corporation. He's a Basilian (of the St Basil of Fawlty branch). He says he has this wonderful plan to reduce the subscription to zero by blocking all the subscribers he doesn't like. No, I don't think that would work. 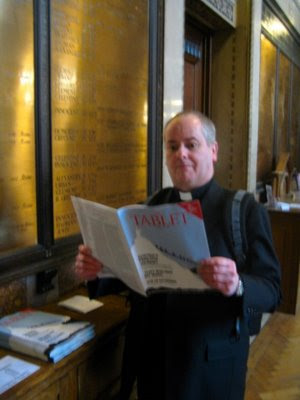 A keen Tablet reader looks in vain for something Catholic.

Then there's someone who describes himself as "Father Z". He reckons we can obtain sponsorship from the Numinous Nun Coffee Company, and says he should be able to hit the "target readership" from 100 paces. Also, he plans to publish the newspaper in Latin. Well, we'll keep him on our list for the moment.

You know... this isn't really getting us anywhere. Did someone put "Catholic" in the job advert by mistake? For the last 12 years we've been trying to rebrand ourselves as a clone of the Guardian, and now they want to take us back to the bad old days. Does Amoris Laetitia mean nothing to you? Did she die in vain?*

Oh, hang it. Give the job to Tina. She'll make sure the magazine stays firmly in the 1970s. 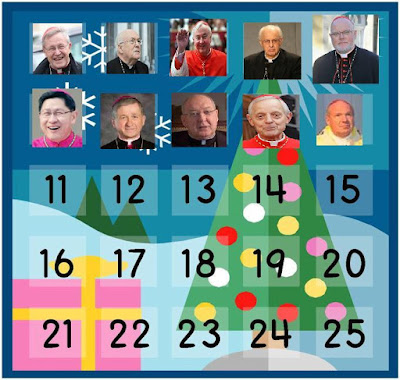