The Vatican deploys its secret weapon

Over now to the Vatican, where the pope's advisers are struggling with a deluge of demands for clear teaching and an end to fudging. Their energies are spent in fending off polite requests of the form "What exactly is going on down there?"

Spadaro explains that he is at his wits' end - they've tried silence, insults, and even threats, but nothing seems to work. The Holy Father is ready to "go nuclear" and excommunicate the whole Catholic Church, if nobody can find a way to resolve the Amoris Laetitia crisis. All solutions are welcome, short of actually giving the answers to the five dubia. 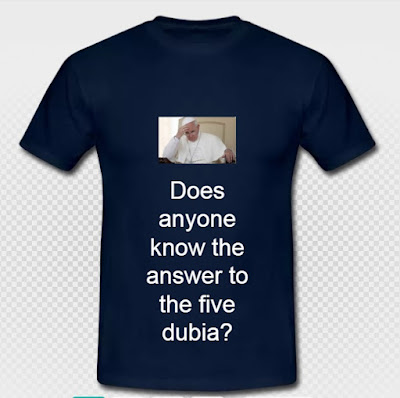 Increasingly many Catholics are wearing this shirt at Mass. Stop it!

"Does the Holy Father have any new wisdom for us today?" asks Greg Burke.

"He's been leaking extracts from his new encyclical De Coprophagia, as well as an apostolic exhortation on clerical hats, but this doesn't seem to be doing the trick." 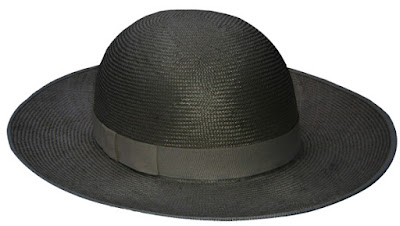 Get thee behind me, Saturno! Who would have thought that a simple hat was so evil?

"Then there's only one thing to do."

Yes, mild-mannered journalist Austen Powers Ivereigh, known to most people as the "Mr Big" behind Catholic Voices, has a secret life as a super-hero. All he has to do is rush into a Confessional to change his costume, and he becomes unrecognizable! 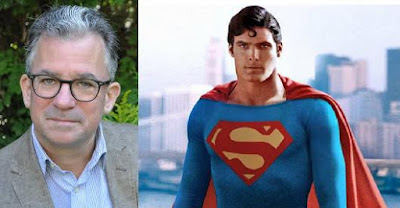 When he takes his glasses off, Austen becomes Ivereighman!

With cries of Dissent! Roma tacita, causa finita! (Rome has kept quiet, so the cause is ended.) Move on! Nothing to see here! We have ways of making you love Pope Francis! Ivereighman sweeps down from the Ivereigh Tower, and scatters the pope's friends and enemies alike.

Golly, it's exciting when a mild-mannered newspaperman turn out to be a superhero! But even though Martin "Lex" Luthor is no longer considered to be the main villain, there's still a dreadful rumour that Cardinal Burke has reopened the disused Kryptonite mines on Malta, and will strike back...