The Catholic world was stunned today by the news that Liverpool Cathedral, or "Paddy's Wigwam", generally regarded as the ugliest cathedral ever constructed in Britain, has burned to the ground.

As Catholics sang hymns of thanksgiving, and danced in the streets, firemen were out all night desperately spraying petrol onto the flames and adding wood.

The Holy Tent of St Patrick (to give it the official name).

One altar server (who wished to remain anonymous) explains: "We have been trying for years to make something of this place - preferably a heap of ashes - and this included replacing the holy oils with paraffin, sabotaging the thurible, and using wooden candlesticks. But it is hard to burn down a building that is made mostly of concrete."

"Of course we did hold some interesting religious events in the cathedral, including indoor barbecues, bonfires, and firework displays, but nothing went wrong." 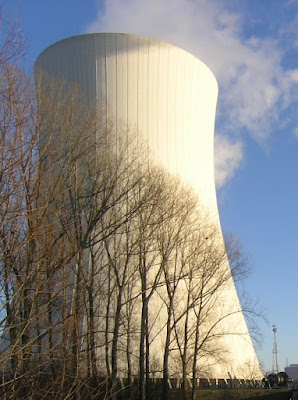 Smoke pours from the tower of Liverpool Cathedral.

Luckily, all the sacred relics kept in Liverpool Cathedral have been saved. These include the holey socks of Warlock with special Vatican II loopholes, and the blindfold worn by Archbishop McMahon during the Alfie Evans case.

Fortunately, the replacement cathedral has already been designed by a Mr Lutyens of Holborn, and we know what it will look like. 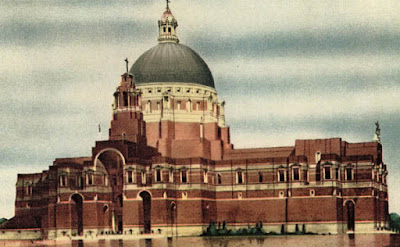 Not as a lovely as Paddy's Wigwam, but nearly as good.