Sherwood Forest, A.D. 1192 (approx.) Vassals of the Sheriff of Nottingham, Shearer West, have reacted violently to the news that a distinguished palmer, Friar "David" Tuck, is a perfectly normal Catholic, by exiling him as an outlaw. Fr Tuck had been named as chaplain to the Catholic youths in Nottingham by the local bishop, but it came to the attention of the Shearer's serfs that he was actually a serious Catholic, and not too keen on local customs such as abortion and assisted suicide. Apparently, Tuck used social media (tying a note to an arrow and firing it into the chambers of the Shearer) to communicate standard Catholic teaching, and this was badly received. 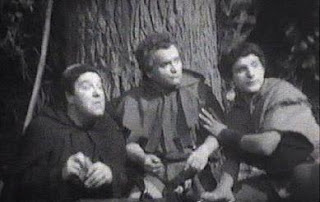 Rigid Catholics (outlaws). A spokesman for the Shearer of Nottingham commented, "David the palmer is really quite a merry man, and he is welcome to any views he wishes, as long as he doesn't try to communicate them to others. Why can't he be a devout pilgrim, like Joseph of Afghanithea, currently on a crusade somewhere near the Holy Land? Joseph welcomes the slaughter of innocents, and nobody turns a hair!" Friends of Friar Tuck have rushed to his defence. "Nottingham welcomes many heathen faiths: there are other Christian chaplains and even Saracen and Jewish chaplains. Most of these slavishly give their pronouns as 'he/him' or 'she/her' to show that they are truly woke," said Robin Hood (he/him). Little John (he/him) and Will Scarlet (also he/him) agreed, but wondered whether firing an arrow into the Shearer of Nottingham's arm might have been an unsuitable use of social media. 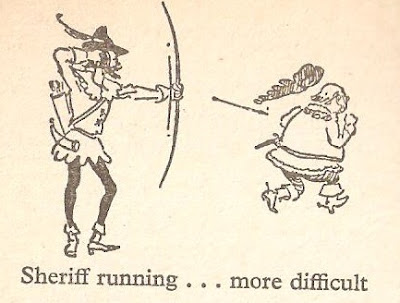 All facts verified by 1066 and all that. Nottingham has a certain track record of harassing Catholics: Maid Marian Rynkiewicz (she/her), a pro-life student, had received her degree a year late because the local clerks objected to her beliefs, although she received a settlement involving bags of gold. The Bishop of Nottingham (His Lordship/His Lordship) has been asked to nominate another chaplain, one who isn't too serious about the faith, but since no Jesuits will be available for several hundred years, he has refused.
Posted by Eccles at 13:01