A special guest posting from Mike Lewis and Stephen Ferry, which originally appeared on the ultramontanist website Where Pacha is. In his wonderful motu proprio Trads Cussed, Francis, the greatest pope who ever lived, points out that all those who celebrate the traditional mass are extremists, fascists, and altogether not good Catholics like he is, along with his friends, Blase Cupich, James Martin SJ and Joe Biden. HE IS RIGHT. 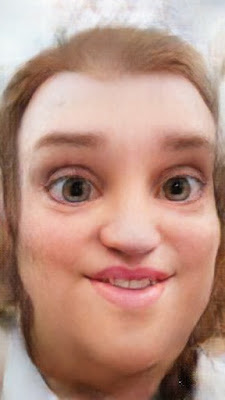 Mike Lewis (nobody has heard of Stephen Ferry: he may be a sockpuppet). Lots of extremists have contested the Very Holy Father's claims. We mention Raymond Burke, who, to the great disappointment of Pope Francis, seems to be recovering from the deadly virus Vatic-2. Burke wrote a piece in which he said "Well, actually, TLM worshippers are not schismatics at all." Regular readers of Where Pacha is (both of them) will remember that Burke was one of the four Dubia cardinals who nearly caused the greatest schism in the Church's history by asking Pope Francis to clarify something he said! As papal biographer Austen Ivereigh Tower, author of "Pope Francis - the great redeemer", "Go away Austen, I'm trying to sleep" and the new best-seller based on Archpope Francis's teachings, "Forget the past - they're all dead people", puts it, "For many bishops the call to wake up and think about Catholicism was the last straw!" 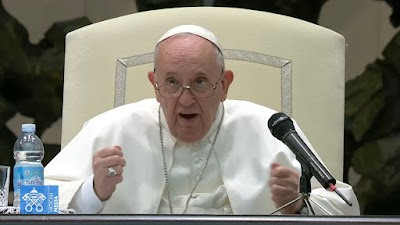 "If anyone calle me schismatic again, I'll go and found my own Church!" There are lots of very evil people out there. Dr Joseph Shaw, chairman of the Latin Mass Society of England and Wales, and contributor to such scurrilous publications as Extremist weekly and Schismatic News, may be an intellectual giant, but is obviously not in the same league as our friend Austen Ivermectin - how many hagiographies of St Pope Francis has Shaw written? This devotee of the Extremist Form Mass has publicly denied the divinity of Pachamama (even though she's a LATIN American goddess). He also endorsed those dreadful Dubia cardinals who insisted on trying to square Supreme Pope Francis's teachings with those of dead people such as Pope Benedict XVI (oh, isn't he?), St Paul and St Peter. We discard him utterly. Pachapapa Francis has pinpointed the centre of all evil - the Extremist World Television Network EWTN. It was founded by extremist Mother Angelica; her friend Raymond Arroyo plays an influential role with his extremist programme The World Over Live, which devotes all its time to reporting on the tantrums of Pope Francis the Humble. Last week they even invited the blood-crazed ferret, Damian Thompson of the fascist Spectator magazine to say rude things about Francis, the Fourth Person of the Trinity. 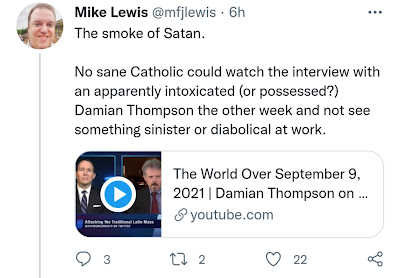 Enough said! I think I've made my point. The opponents of Trads Cussed are possessed, diabolical, schismatic, extremist (have I used that word already?) and possessed by diabolically schismatic extremism! No wonder Pope Francis hates their guts finds it difficult to accommodate them. Does Vatican II mean nothing to them? Did she die in vain? Pope Francis has said that EWTN is the work of the Devil. Pope Francis is always right. We can also reveal that the Devil is an extremist. Need we say more? Yes, this is just the first in a 94-part series...
Posted by Eccles at 13:59