Mary McAleese is invited to advise the Pope

Pope Francis has reacted quickly to a speech by Mary McAleese (ex-President of Ireland) by inviting her to be his special adviser on the subject of muddle-headed chumps. 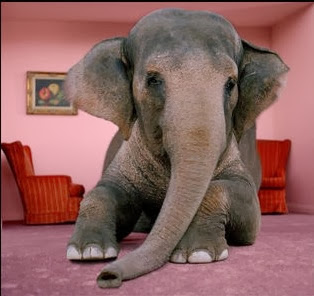 The elephant in the room.

"The elephant in the room is that there are many muddle-headed chumps in the Catholic church," explained a Vatican spokesman. "Previously, people who called themselves Catholics while in fact they simply failed to understand Christian teaching kept their problems to themselves, but now more and more people are coming out and saying 'Yes, I'm a muddle-headed chump, and proud of it!' and we need to treat them with love and understanding." 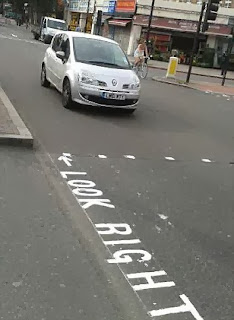 Mrs McAleese nailed her muddle-headed chump credentials firmly to the elephant, er, mast, by proposing in all seriousness that Cardinal Keith O'Brien, currently languishing in an abbey somewhere near Wolverhampton, should be brought back and asked to help the Church change its teaching on homosexuality. As an encore, she is expected to propose that William Finnegan, the Bradford priest who was secretly married and recently jailed for sexual assault, should advise the Catholic Church on how to update Christ's teachings on sexual morality.

Mary McAleese's appointment has been greeted with enthusiasm by Tony Flannery of the Catholic Revolutionary Association of Priests (CRAP), himself happy to be known as a muddle-headed chump. "She has put the cat amongst the pigeons," he said, apparently unaware that such actions are normally considered to be cruelty to animals. 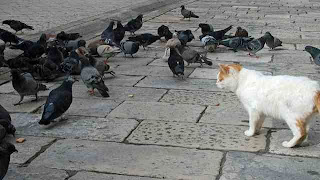 Mrs McAleese, once regarded as the 64th most powerful woman in the world, has now shot into the list of the 10 women with most influence in the Catholic Church (somewhere behind Tina Beattie, Catherine Pepinster and Cristina Odone), and it is clear that the issue of muddle-headed chumpness is one that the Catholic Church is determined to face. 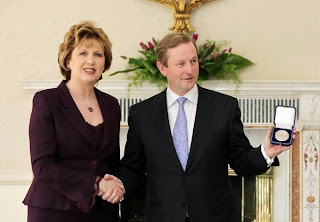 More traditional Catholics, those who feel that muddle-headed chumps should try to suppress their urge to put their foot in their mouth every time they open it, are clearly going to be horrified as a new broom of change blows through the corridors of the Vatican and sweeps away the elephant in the room. Sorry, we're having "bad metaphor day" today.