The Pilgrim's Ogress 6: the ACTA of the Apostle

The story so far: Pope Francis has asked Eccles to infiltrate the rebel organization ACTA and find out its secrets. St Luke takes up the tale. 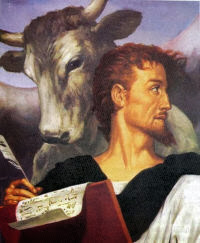 It's BEHIND you, Luke!

1. I offer to you, Theophilus, the story of the Apostle Eccles, a godly man who was known for writing a blog containing much spiritual nourishment.

2. Now Eccles was sent by Pontifex to see the people of ACTA. These were men who followed strange teachers such as Hans Küng, he whose statue lies in the desert even unto this day. 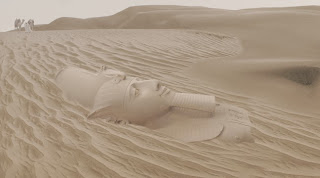 My name is Ozymandias, Küng of Küngs. Look on my works ye mighty, and despair!

3. Some years before this, a man named Arthur was bishop in the land of Yorkshire, where the men live on chip butties and strange batter puddings.

4. Now Arthur had translated the Mass into English. For the previous translation had been done in a hurry by one who had been found wanting in Latin, and it bore little resemblance to the words handed down by our forefathers.

5. And his friends gave aid unto Arthur, lest he use phrases such as "Eee, by gum" and "Where there's muck, there's brass" in his translation. 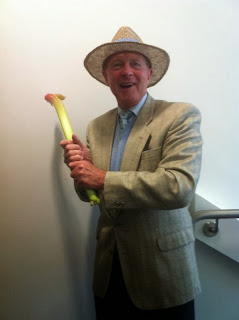 "My granny could've hit that wi' a stick of rhubarb" - a Yorkshire phrase, not used in the Mass.

6. So when he had done his work, Arthur was himself translated - to Rome.

7. But the men of ACTA, having seen Arthur's translation, were full of wrath, saying, "Lo! It bears the mark of authority, not to mention arthurity, and we want none of it."

8. Indeed, one of them said: Because of the insistence on using English words as close as possible to their Latin equivalents, substantial parts of the new rite in English are ungainly, long-winded and obscure.

9. I ask thee, Theophilus, to note their use of words insistence, possible, equivalent, substantial and obscure, which are good short Anglo-Saxon words, such as the men of ACTA would prefer.

10. Meanwhile, Eccles was now accepted by ACTA as one of their number, having stolen a cardinal's biretta as a gesture against the tyranny of the Vatican.

11. Thus they taught unto Eccles the secret handshake, and showed him a dreadful vow to be made by full members of ACTA, which no man durst speak except inside a pentagram. 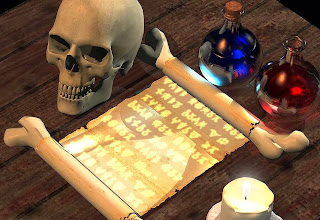 The secret vow of ACTA.

11. Then the men of ACTA told Eccles of their further plans, and he was sore afraid.

12. For they said, "There is another traddy work that we reject, and it is called the Bible. For it speaketh of God, and sin, and judgement, and redemption, which are ideas totally against the Spirit of Vatican II."

13. "We call on the Pope to suppress this book entirely. We suggest that he appoint a committee to provide a new translation, deleting all the embarrassing bits, leaving just a few jolly stories about donkeys and sheep, that will offend no man." 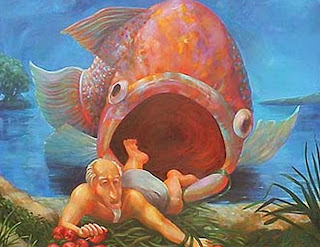 Jonah - too obsessed with evil to be retained in the New ACTA Bible.

14. "And for our committee we propose the names of Leonardo Boff, Hans Küng, Tina Beattie, and Ann Lardeur."

15. "Plus of course Stephen Fry: for Stephen Fry is omnipresent, just as God used to be until the 1960s."

16. So, having learned of their plans, Eccles left the people of ACTA, and returned to his aunt Moly, who declared that it was "woeful".