How to stay healthy in church 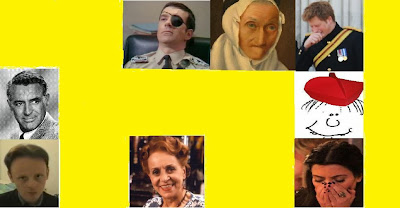 Now, can you see the next health hazard?

I was sitting next to the aisle. In front of me, a man coughing and sneezing into his hands, practically non-stop. Behind me, a woman, less of an invalid, but also sneezing into her hands once in a while. Ahead of me... the dreaded Kiss of Peace!

"Sorry, Eccles, I should have sat next to you."

Clearly, when the deacon (for it was he) uttered the fateful words about offering each other a sign of peace, I was not going to be able to avoid clasping the germ-sodden hands of Mr Sneezy and Mrs Spluttery. The words of a famous 1960s hymn came to mind:

It is memorably sung to the tune of Deutschland Über Alles (Haydn's Emperor's Hymn) by Tony Hancock in the Blood Donor sketch. I heard that Kevin Mayhew was planning to include it in his next hymnbook, set to a newer and more trivial tune. 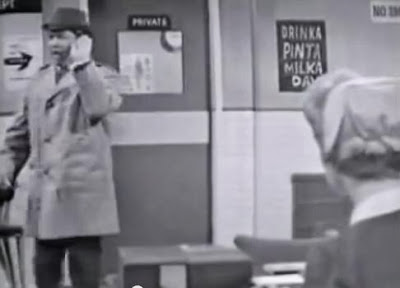 Let's formulate this as a chess problem: Eccles to move. 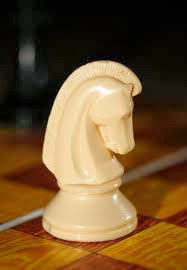 My inspiration - a chess knight!

Yes, I surreptitiously edged two places to the left, behind the military man in the eye-patch, and in front of the middle-aged woman who insisted on singing loudly, even though it was widely reported that she could not carry a tune in a bucket. During the offertory, I had to get up anyway, to pass the collection plate to the man on my left, who vaguely resembled a film star. So when I sat down again, I was a knight's move away from the sneezing duo. The current rules of etiquette mean that shaking hands is not compulsory at that distance, although a "leer of peace" is expected. Saved! 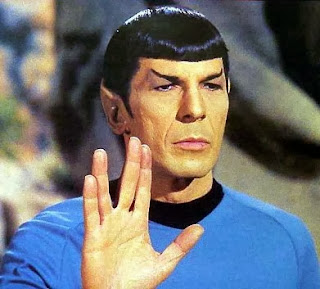 "Peace be with you! But come any closer and I'll shoot you with my phaser."

I'll stop there - I think I've got a cold coming on.