Why don't Anglicans go to church on Sundays?

Many sages, including the Anglican Archdruid Eileen and the Catholic Fr Longenecker, have wondered why Anglicans don't like to go to church on Sundays. After all, wouldn't you expect Janet and John Anglican to leap out of bed on a Sunday morning, with a dialogue something like the following? 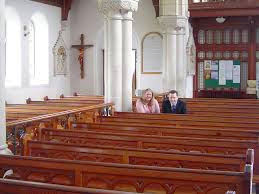 Come on... no need for everyone to sit at the back!

"Hurrah! It's the 21st Sunday after Trinity today! Let's rush down to St Tharg's for Morning Prayer!"

"Hey, we've got a simply great Collect today. We're going to beseech God to grant us pardon and peace; that we may be cleansed from all our sins, and serve Him with a quiet mind!"

"Splendid! I'm fed up with serving Him with a noisy mind! What's the Epistle?"

"A good solid chunk of Ephesians, dear. Stand therefore, having your loins girt about with truth..."

"Yes, I'm just putting on my trousers. Anything interesting in the Gospel?"

"Yes, Jesus meets a certain nobleman, whose son is sick at Capernaum."

"Nothing but repeats... let's not bother." 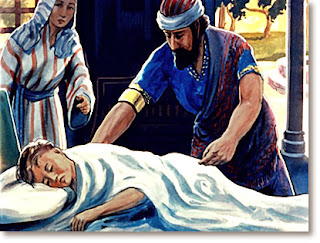 Jesus heals the hypochondriac by giving him two aspirins.

As it happens I do occasionally find myself in an Anglican service. The last time, it was indeed a Matins (which seems to have the advantage that there is no Kiss of Peace, even if there's not much spiritual nourishment either). The priest started chatting about something else - I think it was the fact that he had a sore throat - and then hastily turned to the "liturgy" and said "I suppose we'd better say this bit" before getting down to the script. Yes he did.

To be fair, he preached a rather good sermon - far better than many Catholic sermons I've heard, and probably just as orthodox. I can't remember what it was about, but that's fine. You're not supposed to remember. If you do, how can the priest use the same sermon next year? 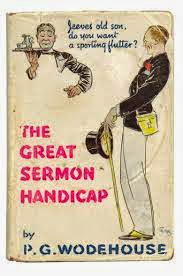 The hymns... well, they were be produced by the I'm Sorry, I haven't a Clue team. In other words, we had unfamiliar words sung to the tunes of familiar hymns. I think the problem is that old (traditional) hymns are no longer considered acceptable - especially not ones about God smiting sinners - and so we have to have anodyne rubbish about how we welcome God's Light in when we're brushing our teeth.

This was a small village church, with a congregation of about 15. Afterwards, we went out and threw bricks through the windows of everyone who hadn't turned up. No, actually I made that bit up. However, it might have been better if the priest was in the habit of knocking on doors, saying "We haven't seen you in church lately, Mr Mohammed; have you been unwell?" Who knows what might have happened? 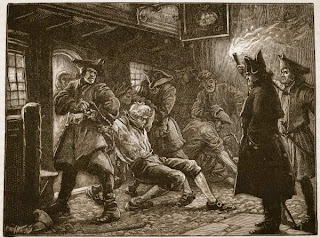 The St Tharg's Press Gang drags in a reluctant worshipper.