What is the biggest event in the Catholic Church this week? Ascension Day? Oh no, you're so RIGID! The 100th birthday of the saintly Pope John-Paul II? Nearer, but still wrong. No, it's the 5th anniversary of Pope Francis's fantastic work of fiction, Laudato Si'! 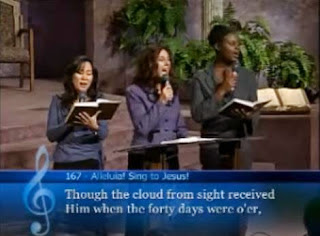 But nobody noticed as they were all celebrating Laudato Si'.

There will be rejoicing throughout the Catholic world. Bonfires will be lit. Houses will be illuminated. The streets will be decorated with plastic straws. Pachamama idols will be brought out. There will be a performance of Paul Inwood's "Alleluia-puff-puff" by an orchestra of tuned air conditioners, boilers, revving car engines, etc. There will be jet fly-pasts. Clouds of dry ice will swirl everywhere.

This begins a WHOLE YEAR of Laudato Si' celebrations - the Jubilee Year of Laudato Si'. As for the Year of Mercy, there will be a specially-designed ugly logo, and each church will have an electric "Door of Laudato Si'" through which people can enter.

"How dare you?" The logo of the Year of Laudato Si'.

Pope Francis is naturally very pleased with Laudato Si' - it is nearly as ground-breaking as Amoris Laetita, but the year of AL won't begin until the 5th anniversary in March/April 2021. LS is described as the greatest work in theology since the book of Revelation, and burning copies have contributed more to the environment than for any other papal encyclical. 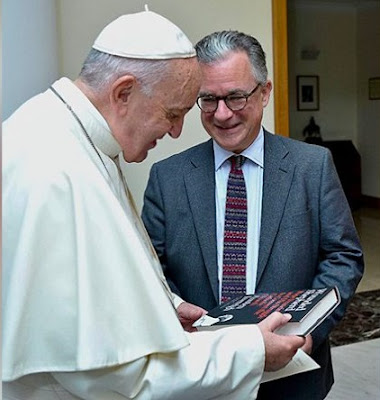 So what are the theological lessons that we can learn from Laudato Si' (now a best-selling novel, soon to be a major television series, an opera, a ballet, and a series of three long movies by Sir Peter Jackson)? Well, let Pope Francis himself show us some of the main hazards to the environment.

Don't use aeroplanes! Don't use plastic! And don't pollute the atmosphere!