1. Then Bosis ceased to harden his heart, and said "From now on a new commandment I give unto you: STAY ALERT. Also ye must CONTROL THE VIRUS and SAVE LIVES."

2. And the people were now allowed to leave their dwellings more than once a day, although they must remain at a distance of four cubits from one another. 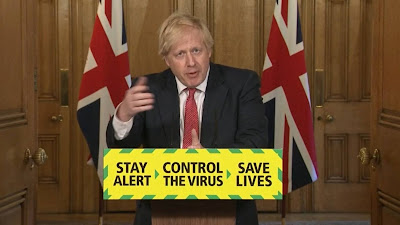 Bosis and the three commandments.

3. But the Scottites and the Welshites mocked him, saying, "We cannot ask our people to stay alert, for they know not what this means. So we will ask them to stay at home, watching the box that is called Goggle and Magoggle."

5. However, the Scottites also told their people that they might go out if they played the bagpipes, thus encouraging their neighbours to stay at a distance of a thousand cubits from them.

6. Now, many years ago, the LORD had placed a rainbow in the sky, as a sign of His Covenant with Man, to show that never again would the world be drowned by waters, not even in the land of Manchester where it raineth every day.

7. But the dwellers in the Cities of the Plain, which are called Elbee and Geetee, had taken the rainbow unto themselves, saying that it was a sign that they would not be destroyed for their wickedness.

8. Then those who worshipped the doctors, the nurses, the hospital accountants and their equality and diversity officers said "Let us also use the rainbow, as a sign of God's favour to us." 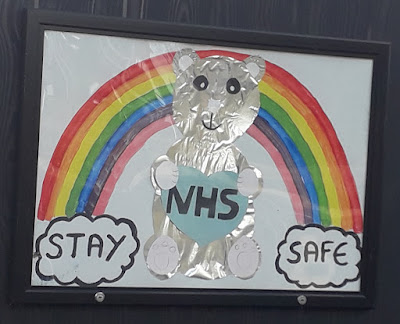 9. But the people of Elgee and Beetee waxed wroth, saying "The rainbow is sacred unto us, and cannot be stolen by the doctors."

10. "Moreover, ye have cancelled our parades, that are called Pride, in which we are joined by officers of the law, whereby we may explain to the children how wondrous is our lifestyle."

11. Hence the sufferings of the people of Elgee and Beetee were greater than any others known at this time.

12. Meanwhile, the people continued to argue about the meaning of the words "four cubits", and asked Bosis for guidance. 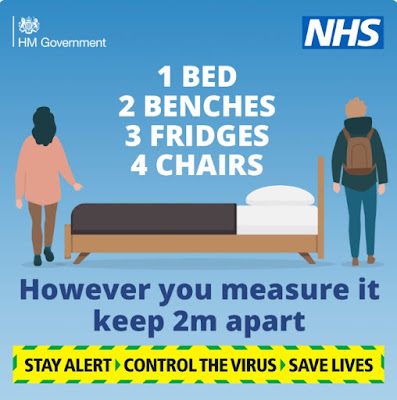 There came an answer.

13. So Bosis spake, saying, "Take up thy bed and walk, for thy bed is four cubits long, unless thou be Og of Bashan."

14. (For, as it is recorded, Og's bedstead was a bedstead of iron. Nine cubits was the length thereof, and four cubits the breadth of it.)

15. Bosis also suggested that a man might otherwise carry around three cabinets known as fridge, but in the end nobody was strong enough to do this.

16. Then there came a decree from Caesar Agatesus, that all the world should be vaxxed. 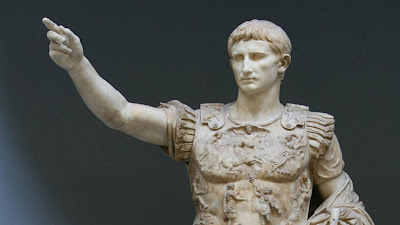 Caesar Agatesus, the most powerful man in the world.

17. This Agatesus was a wealthy potentate, who had obtained a vast fortune by selling unto the people windows that would not stay open.

18. And now he had found a strange vixen, with which he claimed to cure all the ills of the world.

19. So Bosis, and his servant Matthew, of the tribe of Hanoch, were deeply troubled, and they thought hard about whether the people of Bri-tain should receive the strange vixen of Agatesus.