President Donald Trump was roundly condemned today by the Catholic Church when it was revealed that, before going to bed last night, he had knelt at the side of his bed and said his prayers:

"Lord, have mercy on me, a sinner. Also, thank you God for a lovely day. God bless Melania, God bless Mike Pence, God bless Nancy Pelosi, Joe Biden, Hillary Clinton, and all the crazy gang. God bless me, and make me a good boy. Amen." 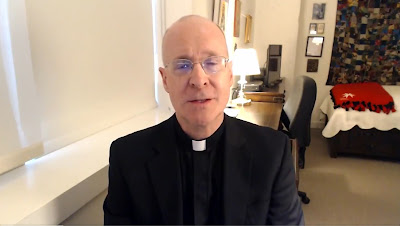 Jimbo the clown welcomes us into his lovely cell.

Father James Martin LGBTSJ was the first to condemn Mr Trump, pointing out that his actions made a mockery of Christianity. "And that's MY job!" he added. Jim also criticised Trump's use of force in removing "peacemakers" (looters and brick-throwers) from his bedroom before saying his prayers, noting that some of them were probably LGBT types who simply wanted the President to build bridges with them. Apparently, Trump squirted them with deodorant (later described as tear-gas). 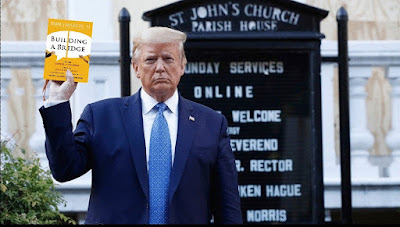 Next, "Uncle Wil", alias Wilton Ruggery, the Archbishop whose parents named him after a carpet, waded into the row. "Yesterday, the President visited the shrine of Pope St John-Paul II," he grumbled. "This is reserved for very holy people such as myself. I thank God daily that I am not as other men, in particular this great sinner Trump. Now I discover that he is praying to the same God as I do. Is there no limit to the man's effrontery? Get your own God, orange man!" 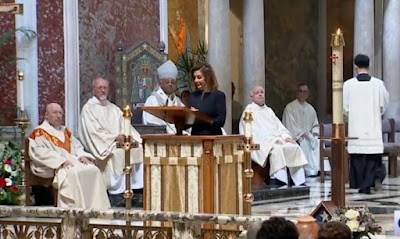 Wilton Ruggery relaxes in the company of sinless Catholics.

President Trump is struggling to defend himself from these attacks from powerful Catholics, and has even coined the slogan "Orange Lives Matter," but it is clear that he is doomed. Even offering to go out and loot a shoe shop is unlikely to satisfy his critics.