Have we got news for you?

In Scotland, a pro-life doctor, Doctor John Finlay, has been reported to the General Medical Council, the British Medical Association, the National Health Service, the Office of Fair Trading, Which?, CAMRA, OFGAS, Esther Rantzen, George Galloway, the RSPCA, and the RAC for professional malpractice. 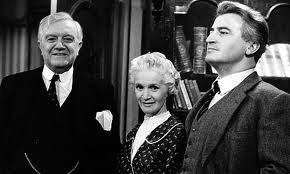 Apparently, a woman came into Dr Finlay's surgery with a young baby who was suffering from an ear infection. Dr Finlay, a staunch Catholic, was quite shocked when the lady said "Well, let's just terminate this one, and I'll have another one, with genetically superior ears." Instead he insulted her by dropping some ear drops into the baby's ear, and sending her home. 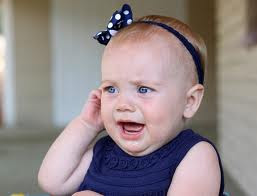 Should babies with earache be allowed to continue living?

The Edinburgh Pro-Choice Association (joint presidents, William Burke and William Hare) is up in arms at Dr Finlay's religious bigotry. It has vowed to get him thrown out of his profession, and to prevent all shopkeepers and tradesmen from serving him, in the hope that he and his family will do the decent thing and starve to death. "How is the body-snatching industry going to survive if doctors insist on saving lives?" they asked.

Meanwhile, further turmoil hit the BBC today after the arrest of Bill the Flowerpotman. Mr Flowerpotman is currently under investigation by the police for alleged sexual harassment of Miss Weed on various occasions in the 1960s, although he has consistently claimed that it was his brother Ben who was guilty.

It seems that Mr Flowerpotman was due to chair the next edition of the news quiz game show Have I got news for you? - his verbal skills being considered far superior to those of Ian Hislop and Paul Merton. Hislop, one of the stars of the programme, took time off from thinking of sexual jokes about Catholics for his once-funny magazine Private Eye to comment "Flobadob!" before dissolving into gales of laughter at his own wit.

Finally, Boston College, the Jesuit University, has confirmed that it will be awarding an honorary degree to Dr Kermit Gosnell, the controversial doctor. "After we awarded one to Enda Kenny, it was a natural step to take," commented a spokesman. "One of our mottoes is Αἰέν ἀριστεύειν (ever to excel) and we look for people who stand out from the crowd, no matter how repulsive they are." 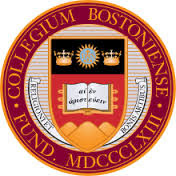 Religioni et Bonis Artibus - but we don't take this too seriously.