Even Pope Francis can't answer this!

Here is today's brain teaser: How can one explain to children that - for example - their mother, abandoned by their father and often not willing to establish another marriage bond, receives the Sunday Eucharist with them, while their father, cohabiting or awaiting the declaration of the nullity of the marriage, cannot participate in the Eucharistic table? Golly, that's a head-scratcher, isn't it? Why, even Pope Francis can't answer that. 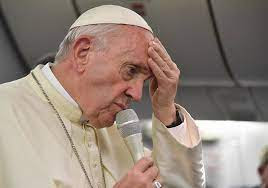 Puzzled! I put this knotty question to my catechism class ("Let Eccles help you stay saved") and one of my star pupils, Ray Burke (age 6) responded: "Please, sir! I know. The mother hasn't done anythng wrong, and being a Catholic (we assume) she believes that marriage is for life; on the other hand the father is living in a sin with no intention of repenting. So he will be unsaved if he takes communion." Of course the right answer couldn't be that simple, as I told the cheeky boy: "Raymond! Haven't you read Amoris Laetitia? This supersedes anything you may have seen in the Bible! Look here, on this page - no, not that one, it's all about sharing in the household chores, such as power-hosing the television, throwing the cat out of the window, or bathing the hamster. Anyway, I can't find it at the moment - it may be in a foot-foot-foot-note printed in 2pt type - but I'm fairly sure it says we mustn't judge people, there is no such thing as good and evil, let us accompany the sinner on his journey of reconciliation. No that doesn't mean we have to sin as well, Walter! Now, try and be merciful!" Ray and Walter are very keen children. They wrote a letter to Pope Francis with some questions about Amoris Laetitia, but the reply must have got lost in the post. 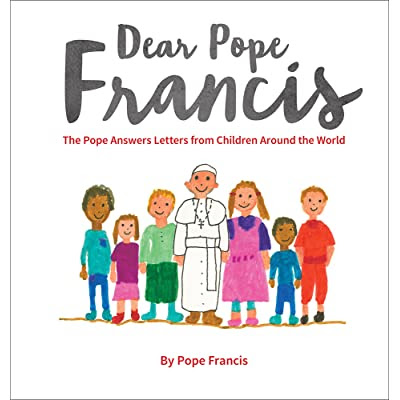 Unfortunately Ray and Walter's letter wasn't included. In other news, there is hope for Cardinal Zen, as Pope Francis has finally agreed to receive a cardinal from a country with a despotic ruler who encourages massacres of the innocent. No, not China. 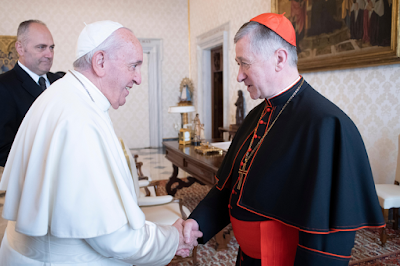