Deacon Donnelly, formerly a protector of the pope, has had a "Christian Comment" article banned by the prestigious Barrow Evening Mail, because of its political content: apparently the suggestion that Christian belief might actually be relevant for those wondering how to vote was too much for the newspaper. The Evening Mail claims to be in pre-election "purdah" - itself a Hindu/Muslim notion, involving the editor covering her body and retiring to a secluded room. 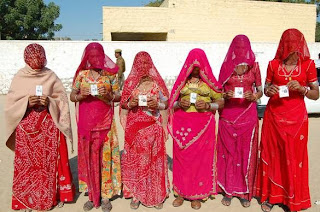 The Evening Mail's ace reporters on the streets of Barrow.

Admittedly, the Evening Mail has had an exciting week, with many more interesting news stories to cover, and it may simply not have had space to publish the Nick Donnelly piece, provisionally entitled Help! All the candidates is unsaved persons. Take, for example, this story, which gave the newspaper a "Hold the front page" moment, involving all the staff working overtime. 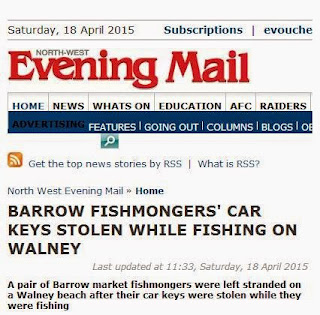 A story soon to be taken up by newspapers worldwide.

The deacon's full article can be found here, but as a public service we publish a revised version, which should meet the rigorous journalistic standards of the Barrow press.

Every General Election I am faced with a dilemma as a Christian – which candidate and political party can I vote for in good conscience?

Well, they're all jolly good chaps, aren't they? Labour's wonderful - very sound on making sure that all kids are adopted by gay couples! Killing off baby girls - that's another nice one! My heart warms to John Woodcock - a great man and a great star. He reminds me of many of my favourite Biblical characters such as Cain, Jezebel and Herod the Great.

Then the Liberal Democrats and Green party are even better! Abimelech and Herodias would have voted for them, like a shot. 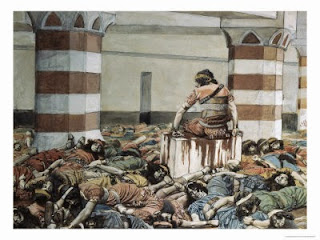 Abimelech is declared to be duly elected to parliament.

It's been really great seeing David Cameron's legalisation of same sex marriage, especially since it was a surprise that we weren't expecting! And LGBT rights are now to be taught in Christian schools, which will be much more useful to 5-year-olds than learning to read. Simon Fell is the Conservative candidate, and he's the first animal-human hybrid to stand for parliament. Well done! 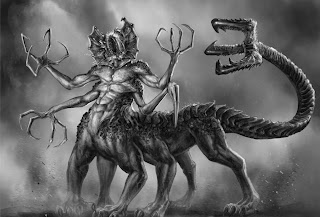 He's no worse than many other MPs, to be fair.

You don't need to make a protest vote, but many of my friends who want to see the entire third world starve to death say that UKIP may be the way ahead here. An embarras de richesses, eh?

It is a solemn and binding duty to vote. Didn't Emily Davison say "I have a dream" and then spend 27 years on Robben Island fighting the Fascists in World War 2, all because she wanted to put an X against the name of some deranged half-wit chosen from a bunch of greedy, perverted time-servers? So we should do this too. But how can I choose?

See, Nick! Be nice about everyone, and they'll publish your piece. Eccles. 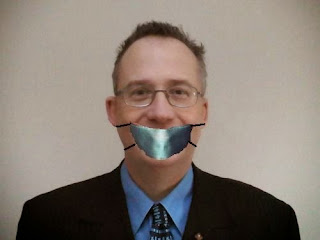