Letters to the Tablet

I am very upset by the letter from 461 Catholic priests in Britain regarding the maintenance of old-fashioned Catholic teaching on marriage and the family!!?? Don't they realise that we are waiting for the Holy Spirit to change her mind about this one, and until she does we shall scream and scream until you're sick of us??!! The process requires debate, prayer and discernment, but we certainly don't want to hear from a bunch of celibate men!!?? And that includes Jesus!!?? 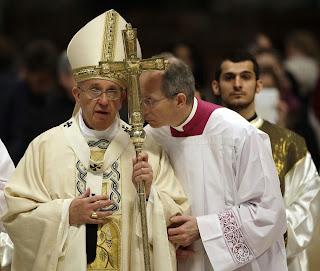 "Sorry, Holy Father, I forgot to post your letter to the Catholic Herald."

Cuddly Walter Kasper has spoken of the Church's living tradition, and the need to create it afresh!!?? After all, what's the point of tradition if it's just handed down by someone else??!! Tradition needs to be developed, otherwise it's just traddy!!?? This rude and naughty letter clearly refutes (or do I mean rebuts?) Kasper's position!!?? Shame on you, you horrid priests!!??

The letter has provoked further controversy within an already fragile Catholic Church - that's not my fault, Peppy, is it??!! Still, congratulations to brilliant Mgr Keith Bottletop of Bayswater for refusing to sign!!?? Good old Bottled-out is Sister Judy's Man of the Month!!?? 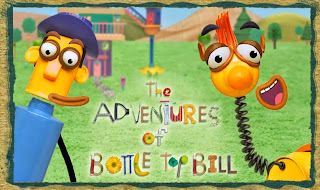 So shut up, you horrible priests!!?? ACTA's criticism of the Catholic Church is fine, but we don't want priests reminding people of Catholic teaching!!?? And, EEEK! Sister Moira has told me that a lot of laymen are also signing letters saying that they like Catholic teaching!!?? Where will it end??!! Will Vincent Nichols sign a declaration of faithfulness??!! No chance of that, luckily!!?? Byeeeee!!?? 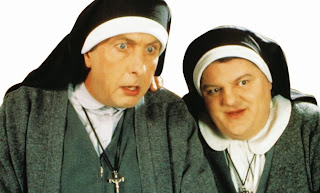 In The Tablet of 28 March there was an interesting article, which noted that Jesus, according to three of the Gospels, invited Judas to share in the Last Supper, whilst being fully aware of his pending betrayal. See, in those days everyone was allowed to share communion, and encouraged to go out and betray Jesus! Shouldn't this be the practice nowadays as well? 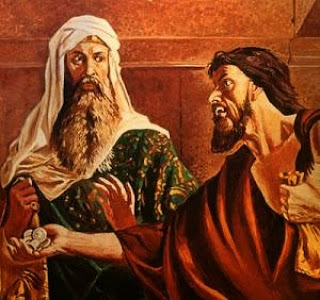 Judas Iscariot renews his subscription to the Tablet.

Of course, there is a more dignified way for droll people to appear in print. 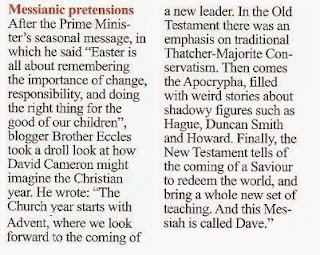 The rest of this drollery is here.