The Book of St Richard, Chapter 22

1. And Richard decided to explain the meaning of Easter to his disciples.

Possibly the true origin of the expression "Happy Easter".

2. "For," he said, "is Easter not a celebration of the ancient fertility goddess Ishtar? Standeth it not to reason that they are one and the same, as the names are so similar, eshpecially for one that hath drunk of shtrong wine?

3. Thus Easter is a fertility rite, and this explaineth the eggs, and the bunnies. Hence Christianity is all a myth."

4. And Richard was cruelly mocked, even by the Archdruid Eileen, who listed many other fertility goddesses with similar names, such as Asda and Exeter, together with Esther, she that is called Rantzen.

5. This last was a woman with a large cult of followers, who enjoyed the sight of obscenely-shaped vegetables. She inspired a series of Odd Odes by a prophet known as Cyril Fletcher. 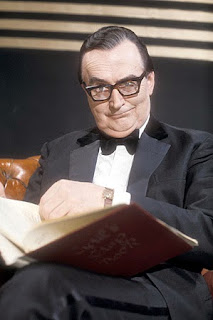 6. Here perhaps may lie the true origin of many Easter traditions; for example the phrase "That's Life!" is symbolic of the Resurrection, and the Odd Odes survive in the liturgies of Paul Inwood.

7. But then there came others claiming to be the original of Easter, indeed so many that Richard could not deal with them.

8. Some men spoke of the worship of Wooster, a prophet who was aided by a supernatural being known as Jeeves. They sought and found the sacred cow-creamer, which was guarded by a giant in black shorts named Spode. That is, the giant was named Spode, not the shorts.

9. Others spoke of the festival of Euston, by which men attempt the impossible journey that ends in the holy city of Glasgow. 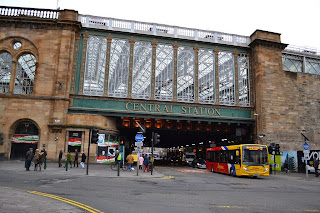 10. As they pass through the sacred lands of Milton Keynes, Wigan and Preston, the faithful encounter terrifying hazards, such as leaves on the line and the wrong kind of coffee on the drinks trolley.

11. In brief, Richard's attempts to find an alternative explanation for Easter fell on stony ground.

12. Instead, he chose the day of Easter as an opportunity to ask of the world a burning question: Who is the most over-rated person in history?

14. However, it was not to be. With one voice, the world replied: YOU.

16. For they had concluded that Richard was indeed history. 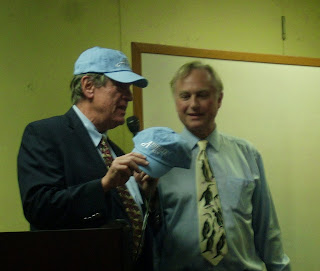 If the cap fits, wear it.