Eccles refuses to bake a cake

Since my name is Eccles, cakes are never far from my mind; so, needing some extra cash, I opened a cake shop. All went well to start with, and orders flooded in, with "CONGRATULATIONS ON BEING SAVED" cakes one of my specialities. 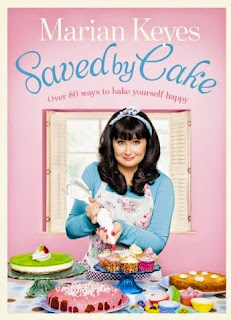 It is not generally known that cake can be a route to Salvation.

I even baked a custard pie for Cardinal Pell, which he said, mysteriously, he was going to "shove in the face of that old buzzard Kasper." I don't really understand the Australian vernacular, but I think it had something to do with a Synod. 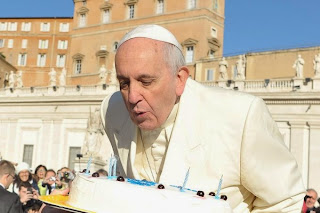 So all was going well until three guys came into the shop and said "Hello, we're from ISIS. Can you bake us a 'KILL THE CHRISTIANS' cake?"

"No, I don't think so. Isn't that illegal in the UK at present? I might be prosecuted for inciting people to break the law."

"OK, then. Make the slogan 'SUPPORT KILLING CHRISTIANS.' You can't object to that. In the Middle East, we have the right to murder Christians and nobody in your country seems to mind. We want to extend this right to everyone. Its called Equal Murder. Equality's always a good thing."

"But I don't have to make cakes bearing messages I disagree with."

"You do, actually. Otherwise, we in ISIS will sue you for hurt feelings. Look at Jihad Cecil here, he's already starting to cry. Cheer up, Cecil, old man. No, you know what judges are like. It'll be worth £100,000 to us any time." 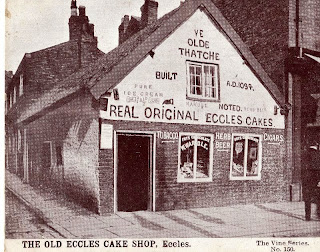 Eccles goes out of business.

And that is why I no longer make cakes.