The Pope warns of Climate Change

Now that climate change is generally agreed to be the greatest threat facing the world, rather than, say, war, famine, disease, abortion, etc., Pope Francis is making this the topic of his next encyclical, of which we have seen a draft copy. Here are some of the highlights. 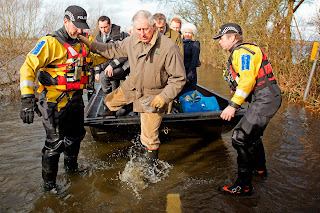 In the book of Genesis it is recorded that God punished the world for its enormous carbon footprint by sending down a great flood. Noah was the only righteous (i.e., environmentally-aware) person around at that time, and he survived the great flood by making an ark out of recycled wood; being keen on biodiversity he took two of every species with him, except possibly dinosaurs and unicorns. 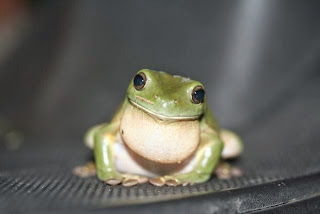 Our climate model predicts a plague of at least one frog.

Over to Egypt now, and the many different forms of climate change that arose from the Pharaoh's insistence on fossil fuels. Water turned to blood, flies, frogs, hail, fire and thunder. Sounds familiar, eh? Things got worse, though. The Red Sea was parted, and this was all because the Egyptians refused to recycle their plastic bags. 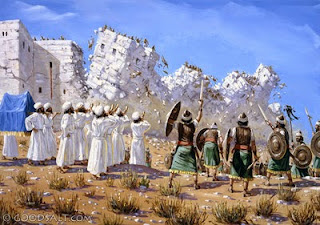 As Christians we know that 100-watt bulbs are sinful, and that wind-farms are blessed. It is our mission to preach this gospel to the heathen, or face the environmental consequences, as they did in Jericho.

In April I was lucky to entertain some of the world's leading experts on climate change, as they turned up in their private jets from all corners of the world to tell me of Christ's new message "GET THEE BEHIND ME, CARBON!" Remember the fate of the Gadarene swine? The climate changed, and they had to run into the sea to cool. themselves down. 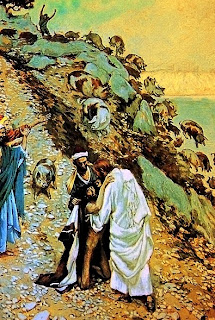 Jesus and the man possessed by demons (what we would nowadays call a "climate denier").

Finally, we read of the Four Horseman of the Apocalypse, symbolising the doom we may expect at the end times. Their names were Phew-what-a-scorcha, It's-Brrr-itain, Turned-out-nice-today, and Scattered-Showers-With-Sunny-Intervals. St John was warning us of the threat of Climate Change, and no mistake! 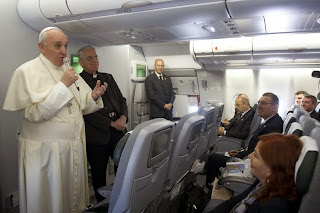 I want you all to pedal very hard to get this plane off the ground.