Wake up, Poli, I've got a nice cuttlefish for you!

During the 2013 papal conclave, I was invited to adopt a cardinal, and I was assigned Marc Ouellet, a generally orthodox and mostly-saved prince of the church. It was rather a love-hate relationship: I did my Christian duty and loved him - e.g. I sent him little gifts, such as Eccles cakes and old socks, and I made telephone calls at 4 a.m. to check that he was O.K. - and he obviously hated my attentions (telling me to jump in the Tiber).

Anyway, comes another crisis, comes another opportunity for Eccles to be helpful. We were invited to adopt a synod father. The idea seems to be that this time it's not a matter of pushing your man onto the throne of St Peter, more a matter of making sure he doesn't do any backsliding during the synod. 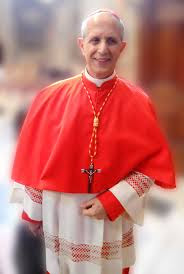 So this time I was randomly assigned Mario Aurelio Poli, the Cardinal Archbishop of Buenos Aires, and successor of Jorge Bergoglio alias Pope Francis. Clearly, a man very much in the mould of the pope, which means that nobody really knows what he thinks about anything.

It could have been much harder - I know someone who was allocated Walter Kasper, and his response was "Crikey, there's a tall order." Whereas keeping my man Poli on track may just involve prayer, it seems that to stop Kasper from disgracing himself probably requires a full novena, a long period of fasting, and perhaps the use of incense and holy water - or it may be simpler just to handcuff him to his bed until the show is over. The same goes for Cardinal Danneels, except that we'd want to throw away the key. 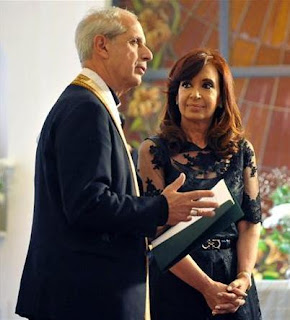 Cristina Kirchner wonders who exactly it is she's talking to.

Anyway, I got in touch with Cardinal Poli, explaining that I would be dropping round for tea, and very wittily told him "Poli, put the kettle on!" Mysteriously, the telephone went dead at that point.

Well, it seems that Poli is pretty much guaranteed to, er, parrot the pope's views. However, since nobody seems to know what these are, this is not much help. Still, Mario, if you'd like to pop round for some spiritual nourishment, and a bit of wise advice from a saved person, I have found just the place for us to go for a drink. 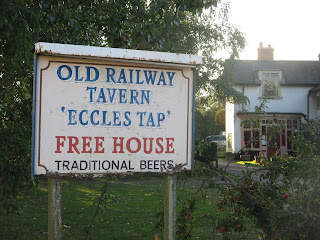 No "liberal" or "modernist" beers, please!