1. After forty days and forty nights the people of BALM ceased to wage war on statues, and the children of Bri-tain became anxious about the plague once more.

2. So there was a great rejoicing in the land when Bosis told them that more freedom would be granted to them.

3. The houses of public could reopen, but those who entered must at all times remain at a distance of four cubits from their drinks.

4. The cutters of hair could work as before, but only on those who were bald, such as Elisha the prophet. 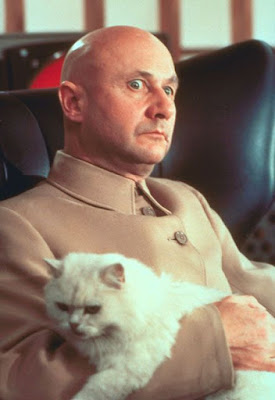 Elisha waiteth for his haircut.

5. So that those who were hairy men, like unto Esau, must remain forever unshorn.

6. Also, the eating-houses were open, but only for those who were fasting.

7. But finally Bosis agreed that everyone who wished to eat, drink, or be shorn could now do so, but must wear masks at all times.

8. Finally, even the churches were allowed to open, although the faithful were told to obey the new commandments of Bosis.

9. For it is written, "Shun thy neighbour. Receive the Lord in thy sanitized hands. Do not sing unto the Lord a new song. Worship ye the Lord by booking ahead on the web that is wide."

10. Now, it being summer time, many left the land of Bri-tain to seek sunshine, the wine that is cheap, and the companionship of the mosquito. Yeah, even in the land of EU-gypt.

11. But Bosis was angry, for the people were enjoying themselves at last. And many were seen without masks.

The anger of Bosis.

12. So Bosis sent out a decree, that those who returned from EU-gypt must go to a place called Qu'ran'tain for fourteen days and fourteen nights.

15. For Bosis had discovered that the Service of Health worked very well when nobody tried to use it.

16. Meanwhile, there were many who wished to enter Bri-tain without passing through Qu'ran'tain. So they rode across the sea in the boats of rubber, and no man attempted to block their way.

The makers of holiday hurry back to work.