The Catholic church in England and Wales was reeling tonight after claims that a group of "Magic Circle" bishops had been engaged in "inappropriate acts." 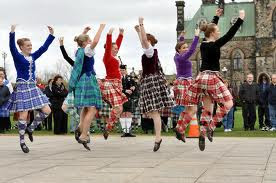 Of course, the Scots have been reeling for some time.

An eye-witness, who has chosen to remain anonymous, told us what happened.

Witness: It was late at night, and the organic fairtrade herbal tea had been flowing quite freely, when some of the less restrained bishops started singing inappropriate songs.

Eccles: I see, and what sort of songs were these?

Witness: Well, it started with simple vulgarity like "Shine, Jesus, Shine," but then it became really offensive, and they began to sing Paul Inwood stuff: "Alleluia, Ch-Ch" and similar disgusting things. I didn't know where to turn.

A young Paul Inwood entertains a congregation in Portsmouth.

Eccles: I can see that you must have been really horrified. What happened next?

Witness: Well, I don't like to mention it in polite circles, but some of the bishops then produced magazines, and began reading out disgusting passages from them.

Eccles: Can you name one of these magazines for us? Take your time, if you are upset.

Witness: Well, the main one was the Tablet. There was some horrid woman called Pepinster writing in it: vile, shameful stuff that I didn't think any decent person would dare to put down on paper.

Eccles: And what did the bishops think of this?

Witness: Well, some of the bishops left hastily, as I did, but other were rubbing their hands and crying "There's one in the eye for the Pope!" Ugh, it makes me cringe just to think of that evening.