To everyone's disappointment, it seems that the "third Pope" in the picture published by the Sun newspaper is not, after all, Pope Francis. 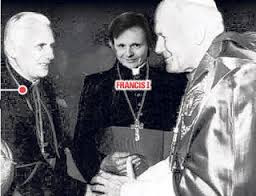 Clearly the picture shows Pope John-Paul II and a future Pope Benedict XVI, but the very spiritual-looking cardinal in the middle has so far been unidentified. It is thought that he may be even have been a Telegraph journalist who gatecrashed the meeting in disguise. 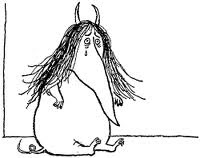 Meanwhile, Latin scholars are ecstatic because the motto of Pope Francis, Miserando atque Eligendo, contains no less than two gerunds (verbal nouns). This is in strict contrast to the mottoes of Popes Benedict XVI (Cooperatores veritatis) and John-Paul II (Totus Tuus), who restricted themselves to elementary grammatical constructions.

Our detailed researches (5 minutes with Wikipedia) reveal that there have been no papal gerunds since mottoes were introduced by Pope Pius X, although Pope Benedict XV was widely praised for using a passive subjunctive verb in his In Te Domine Speravi, Non Confondar In Aeternum.

So far it is too early to tell whether Pope Francis is intending to make gerunds a regular feature of his future encyclicals, but Vatican-watchers are hastily buying up all copies of Kennedy's classic text, just in case. 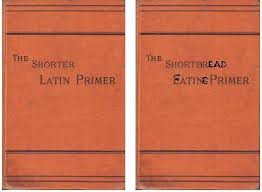 Meanwhile, over the the Church of England... 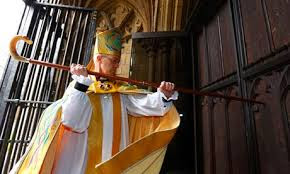 Knock knock! Who's there? I'm Justin. I know you're just in, but who are you?

This week also saw Justin Welby's enthronement as Archbishop of Canterbury. Although he could not expect leading religious figures such as Robert Mugabe or Joe Biden to attend, since their place was in Rome, Archbishop Welby also enjoyed a most impressive service. 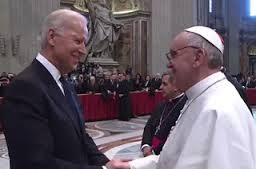 In his homily, Archbishop Welby was careful to avoid all controversial topics such as religion, good and evil, etc., instead focussing on some of the other riches associated with the Church of England. 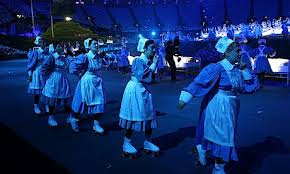 Liturgical dancing from the Little Sisters of the National Health Service.

Meanwhile, Queen Elizabeth, as Supreme Governor of the Church of England, naturally had an important role to play in the service, as she parachuted down to Canterbury Cathedral. 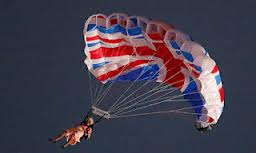 "At least Rowan Williams allowed me to arrive by car."