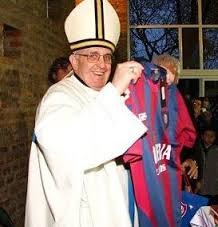 Pope Francis is delighted with his new vestments.

Thanks to my close sources in the Vatican (© Damian Thompson) I can exclusively reveal that the college of cardinals has elected a new pope, Cardinal Belgrano of Argentina, who has taken the title Pope Francis.

Purple smoke from the Sistine Chapel: "we have elected a chemist."

Pope Francis trained as a chemist before entering the Church, and even now he is fond of making "holy smoke." 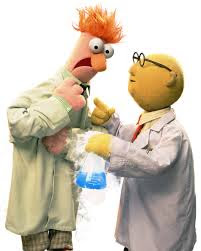 A young Fr Belgrano (R) tries to interest Hans Küng (L) in the delights of chemistry.

Menawhile, Richard Dawkins is very impressed that the new head of the Catholic church is a scientist of greater distinction than he is, and it is said that he is thinking of becoming a Catholic himself. 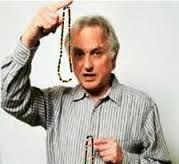 "Does anyone know how these rosary beads work?"

Little is known about Pope Francis except that he likes riding on buses; it is thought that his first encyclical may be an appeal for universal joy, called Laugh with everyone - or, in Latin, Omnibus Ride. 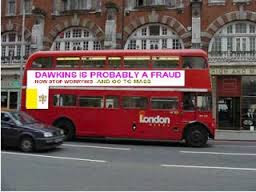 No previous Pope has been called "Francis," and it is thought that by this choice of name the Holy Father is sending out signals about the style of papacy he intends. One possibility is that he may have chosen to be named after St Francis Sinatra. 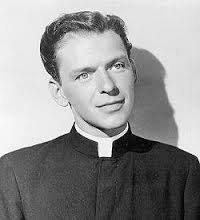 However, it may be that instead he had St Francis Howerd in mind. 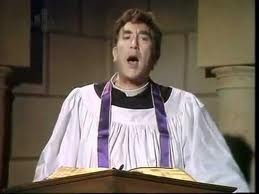 Meanwhile, the BBC is trying to get to grips with the idea of a new Pope, and of course to present him in the worst possible light. When he was first shown to the crowds in St Peter's Square on Wednesday, Pope Francis took the unusual step of praying the "Our Father" and "Hail Mary," prayers unknown to the BBC commentators. 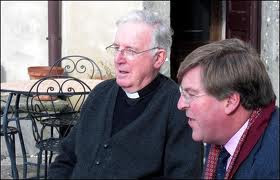 Cardinal Murphy-O'Connor and Ed "Stewpot" Stourton discuss the use of obsolete prayers.

As a faithful Tabletista, Ed Stourton explained that "Our Father" and "Hail Mary," are traddy prayers, not suitable for the modern Catholic church. Indeed, as Catherine Pepinster will confirm, they are explicitly against the Spirit of Vatican II.

The Tablet - now preparing a hatchet job on Pope Francis.

Meanwhile, Alan Garbager of the Godruin newspaper was initially wrong-footed by the election of a Pope much more socially aware than the average leftie Godruin-reader. He was also shocked to discover that the new pontiff is an orthodox Catholic and none too keen on abortion, same-sex marriage, euthanasia, or the ordination of women - activities which bring pleasure to so many people. Hence Garbager has been devoting his energies to character assassination. A few years ago he convinced Godruin-readers that Pope Benedict XVI - as a German - was certainly a Nazi war-criminal and a close personal friend of Hitler; moreover, it was claimed that in his spare time he used to pull the wings off insects.

A disciple of Pope Benedict prepares to pull the wings off an insect.

Garbager has now turned his attention to Pope Francis who - as an Argentine - is automatically assumed to have been a war-criminal and close personal friend of General Galtieri; it is said that in his spare time he pulls the ears off woolly lambs.

Argentine troops, under the direct command of Pope Francis, prepare to invade the Falklands and pull the ears off all the woolly lambs they find.

Well, that's all for now, but do spare a thought for St Malachy, who put his shirt on Cardinal Peter Turkson for Pope and lost everything. 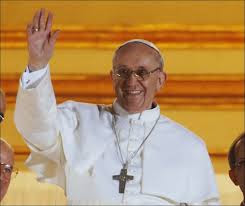 "Eccles! How nice to see you!"