Since today sees my last chance to post before the election of a new Pope, here is an assortment of cardinals who may be considered "papabile." 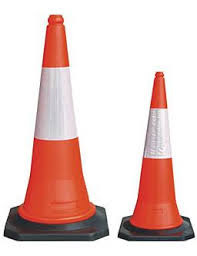 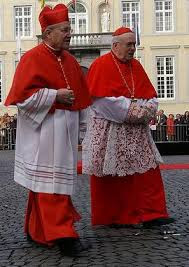 The first hurdle the electors will have to overcome is to avoid electing a traffic cone by mistake, even though they strongly resemble cardinals (see above). As anyone who has ever wandered round a school, university or shopping mall will testify, traffic cones are to be seen in the most unlikely places; so there will probably be several lying around the Sistine Chapel. However, no traffic cone has ever been elected Pope - the story of Pope Cone is simply a medieval legend. 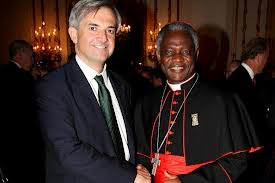 Cardinal Turkson assures Chris Huhne that Jesus will bear his speeding points as well as his sins.

An alternative to Cardinal Turkson is Cardinal Dolan, the laughing cardinal (H/T Mundabor). 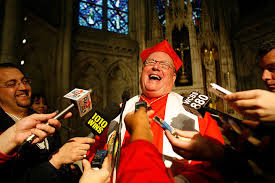 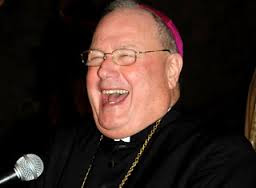 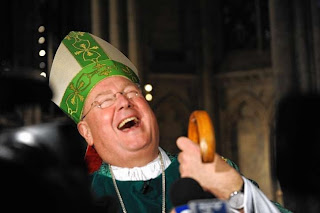 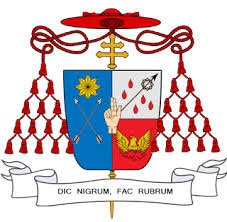 Say the black, do the red - Cardinal Zuhlsdorf's coat of arms.

The great Fr Z. is already in Rome, just in case the call comes; however, so far he hasn't found a Latin-speaking taxi-driver to take him to the Vatican. Fr Z. has already updated his coat of arms in anticipation of being made a cardinal, but will he make it to Pope as well? Frankly, this may be something of an outside shot, but an armed Pope-blogger who knows where to get good coffee may be just what the Catholic church needs at this time. 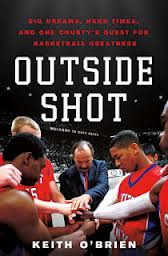 Even more of an outside shot is Keith O'Brien.

We should not forget Cardinal Ouellet, who has been adopted by Eccles. Unfortunately, he has returned most of Eccles's generous gifts - spare socks, tins of baked beans, and CDs of the Goon Show - but, since it rains a lot in Rome, he has kept the umbrella and the Ouellet boots (geddit?) 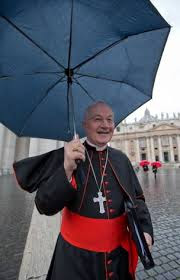 It raineth upon the just and the unjust. (Matthew 5:45)

Admittedly, he has slipped from 8-1 to 10-1 odds since Eccles took up his cause.

There are several other cardinals in the running, mostly with Italian names, such as Scola, Bertone, Odone, Ravioli, etc., but the one with the strongest chances is surely Cardinal Furretti (H/T Sister Fortis of Blogfen). 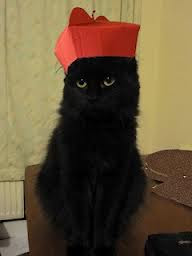 Like traffic cones, cats get everywhere, and this one should have no trouble entering the Sistine Chapel through the cat-flap (preferably not carrying a dead mouse). If elected, will take the title of Pope Felix V.

In fact there has been a certain amount in the news about people attempting to gatecrash the conclave by dressing up as cardinals. Some of the following are probably not genuine cardinals - in any case, they should not be elected Pope. 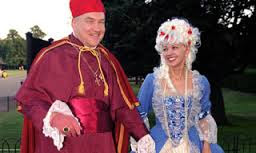 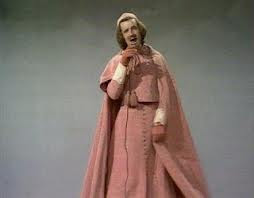 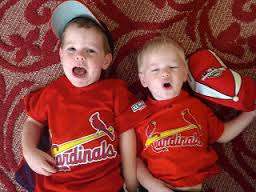 Some of the cardinals are considered to be too young to be papabile this time.

Finally, if the Catholic Church is looking for a saved Pope, with his own blog, read by at least three people every week, then a certain newly-arrived Cardinal may still be in with good chances. 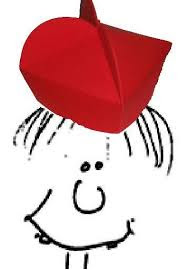