Now, children, I've been requested to teach you about equal marriage; more precisely, I've been threatened with the sack and the possibility of being banned indefinitely from teaching if I don't, so let's get started. 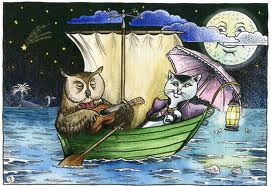 The owl and the pussycat - icons for equal marriage.

Yes, let's start with the owl and the pussycat. Edward Lear was a great campaigner for equal marriage, and his moving love poem was written as part of the struggle against a society which saw something unnatural in the romance between an owl and a cat. Note that, owing to persecution by the Catholic Church, they were denied a church wedding, and were forced to be married by a turkey that lived on the hill - evidently, a liberal priest in the mould of Giles Fraser. 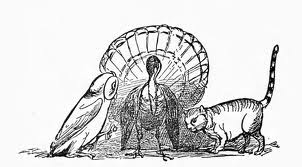 Owls suffered a lot from persecution in the Victorian era: many became recluses, condemned by the intolerant society of those times as "Too wet to woo." 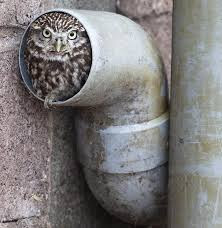 An owl, refusing to come out of the closet.

Let's move on now to the story of Alice in Wonderland. Can we have any doubt that she was in love with the white rabbit? Although initially underage, she made several attempts to "grow up," by eating and drinking various controlled substances, but her romance was always thwarted. In the end she gave up the struggle, and threw herself into a looking-glass in despair. 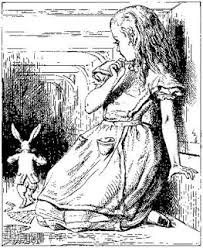 Alice - a victim of Victorian narrow-mindedness.

A more successful romance in the Alice books is of course the love story of the walrus and the carpenter, who celebrated their passion by dining on oysters (a well-known aphrodisiac). 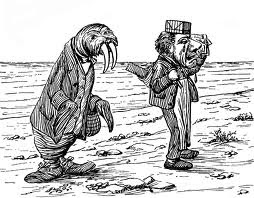 Why can't we be married in church?

Now, children, do we have any more examples of equal marriage that we'd like to discuss? Pooh and Piglet? Yes, that's a very good example, Catherine. They spent a lot of time together, and they were obviously very much in love. 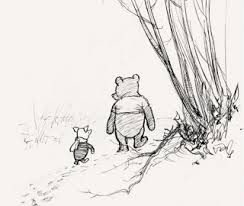 "Christopher Robin thinks I should marry a female teddy-bear. What a bigot he is!"

Well, that's all for today, children. I have to go and teach chemistry to the older children now, and of course same-sex attraction is a very important part of this. 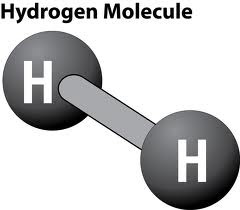 One day a hydrogen atom met another one, and fell in love...