Hans Küng writes for the Tablet

We are honoured to be able to print excerpts from Hans Küng's article Don't let spring turn to winter, as published in that well-known organ of dissent, the Tablet. 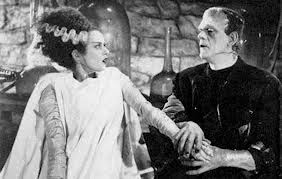 Hans Küng shocks Catherine Pepinster with the news that the Pope is a papist.

When Jorge Bergoglio took the name Francis as Pope, he did something no pontiff has done before: put himself in the historical tradition of St Francis of Assisi, a simple man who despised Catholic traditions and promoted divorce, abortion and homosexuality. As I wrote in my famous book Pope Benedict ate my hamster, the Catholic church needs to look at some of the key Biblical figures, such as Jezebel, Belshazzar and Herod, and ask itself why it no longer follows in their footsteps. 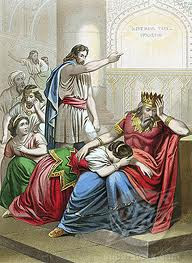 Belshazzar's Feast - surely this is what the Mass should really be like?

When the men in white coats came for me on my eighty-fifth birthday, they carried me and my life-sized statue into a dark room in the Tübingen Infirmary, and said, "Hans, just relax; you can stop worrying about Pope Benedict, he's resigned." For me a new spring had dawned, tra-la, and the flowers that bloom in the spring, tra-la, promised a summer of roses and wine.

It is astonishing for me to see how Pope Francis has taken a different path from his predecessor. For him, no sugar in his coffee, only a black-and-white television set, brown shoes rather than red ones, and a cassock in need of darning. 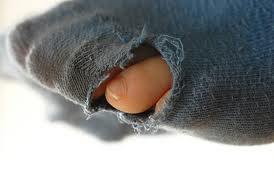 The sock of Pope Francis - a truly holey man.

Francis is a Pope who demonstrates that he is a man with his feet on the ground - unlike the chap I won't mention who refused to restore my permission to teach Catholic theology. (Which is why I was forced to send this article to the Tablet rather than a Catholic newspaper!)

So the advent of Pope Francis signals a time for reform. I have already sent him my 96-point plan, written in the finest green ink, outlining our expectations for a total change of doctrine on euthanasia, the ordination of women, birth control, murder, adultery, theft, bearing false witness, and so on. If he doesn't respond, then he knows what to expect - a new book called Pope Francis - spawn of Satan, which will subtly express my disagreement with him on some matters of doctrine. 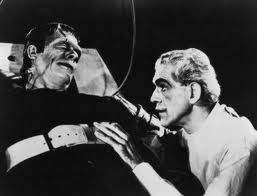 Time for your nap, now, Hans. You can write another book when you wake up.

Dr Hans Küng is honorary president of the Pan-Galactic Ethics Foundation. His most recent book, 200 ways to annoy a retired Pope is published by the Heresy Press.